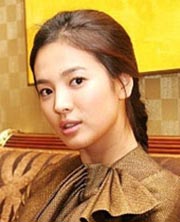 The release date for actress Song Hye-gyo’s new film “Fetish” has finally been announced as Nov. 25.

The film is about a woman who refuses her fate as a shaman and immigrates to America to get married.