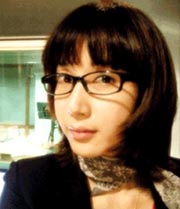 The ongoing brawl between lyricist Choi Hee-jin and Tae Jin-ah has landed the former in jail.

On Thursday, prosecutors asked for a five-year jail term for Choi, who attempted to blackmail her ex-boyfriend, singer Eru, and his father, Tae, a former trot singer, earlier this year. The lyricist accused Tae of trying to break up her relationship with Eru, and made other allegations that were later proven false.

A spokesperson from the Supreme Prosecutors’ Office was quoted by Ilgan Sports as saying: “The nature of Choi’s crimes is unacceptable. Choi threatened Eru with false claims of pregnancy and asked for reparations. This is why we are asking for such a severe sentence.”