Seasonal songs for the holidays

Seasonal songs for the holidays 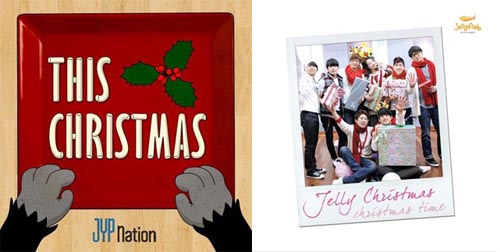 
Buddhism may be almost as popular as Christianity in Korea, but Christmas is celebrated by everyone here. Seoul Plaza in front of Seoul City Hall has a huge Christmas tree every year, and city streets are flooded with colorful lighting. People go Christmas shopping, and specially designed holiday desserts sell like hotcakes on Christmas Eve. Carols can be heard everywhere.

This year has seen the release of more than a dozen Christmas albums and digital singles. The following are some of the noteworthy albums of the season from Korea and abroad.

This Christmas season looks to be full of cheer and song. To greet the joyous occasion, two major Korean management companies have rallied their artists to record digital singles.

The first song is by JYP Nation - a group of bands managed by JYP Entertainment. According to a press release from the company on Dec. 1, the song, “This Christmas,” will feature all of the company’s biggest stars, including the Wonder Girls, 2PM, 2AM, Im Jeong-hui, JOO, San E, Miss A, and company owner Park Jin-young. The song mixes a soft, upbeat tone with the sounds of JYP stars.

The group will carry their holiday spirit into a Christmas concert called “2010 JYP Nation: Teamplay” on Dec. 24 at Olympic Stadium.

Meanwhile, the artists of Jellyfish Entertainment - home to talented singers with soulful voices - have released their holiday song, “Christmas Time.” It features Sung Si-kyung; Seo In-guk; Lisa; Superstar K season one winner Park Hyo-shin; Brian of the group Fly to the Sky, and more. The song begins with a soft piano line accompanied by sleigh bells and ends with a rap sequence.

A press release from the company on Dec. 6 said, “The recording went exactly as it should for a holiday song - merrily and full of spirit.” 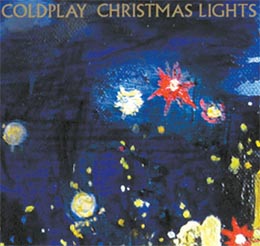 Apparently, the holiday spirit is creeping up on everyone - including British alternative rock band, Coldplay. They have given their fans a delightful surprise in the form of their new digital holiday single, “Christmas Lights.”

The song continues the group’s signature folksy sound with rather melancholy lyrics about a lover’s separation during the holiday season. But don’t let this fool you. Although the general mood is quite mournful, Coldplay magically turns the sad mood into an almost cheery one with sudden variations in the score. In the middle of the song, the beat suddenly picks up and the instrumentation grows from the gentle sounds of the piano to a fuller sound with the entire band. That kind of back-and-forth carries on until the end of the song and made me feel like I’d just been on a roller-coaster ride.

The band is expected to release a fifth album soon to follow up their 2008 album “Viva la Vida or Death and All His Friends.” Their new holiday song is a great preview of what the band still has to offer. 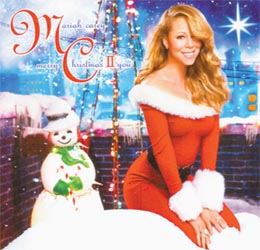 The holiday season always heralds the return of forgotten traditions.

For some, that includes a favorite holiday album like the one released by Mariah Carey in 1994, “Merry Christmas.” It is one of the best-selling holiday albums of all time, with sales of more than 12 million copies.

This year, the diva has released her second full-length holiday album, entitled “Christmas II You.” Building on the success of her first album, this second holiday offering features a remake of her previous multiplatinum single, “All I Want for Christmas is You.” It also includes her renditions of holiday favorites and new songs.

Starting with the remake, the singer livens up an already very spirited song with a new piano line.

Unfortunately, however, those looking for another holiday hit of that caliber may be disappointed.

The two new songs on the album, “When Christmas Comes” and “Oh Santa,” continue the festive quality of Carey’s albums, but neither quite has what it takes to become a holiday classic. “When Christmas Comes” has a gentle R&B melody with lyrics about reuniting with a loved one during the holidays, while “Oh Santa” is an upbeat song with ringing bells and a cheery gospel chorus.

Although the album is perfectly enjoyable, these new songs show just how hard it is to produce a holiday hit, even for Mariah Carey. Nevertheless, the diva’s talents are still impressive, which will make you turn to this album in Christmases yet to come. 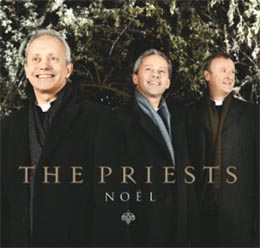 If you are tired of the cheery pop Christmas carols sweeping through the city, you might find comfort in the album “Noel” by The Priests.

This beautifully arranged and heavily orchestrated 14-track album is both spiritual and calming - thanks to the marvelous harmony of the three singers. You may want to play it while having dinner with family or friends or while decorating a Christmas tree.

The tracks include universally-beloved songs such as “Joy to the World,” “Silent Night” and “The Little Drummer Boy.” Their rendition of “What Child is This,” set to the English tune “Greensleeves,” is recommended for its unique arrangement. It starts with an a capella-esque intro scored with simple strings. It develops with solos by each of the singers accompanied by harp, cello, flute and strings.

And yes, the singers really are Catholic priests from Northern Ireland. This is their third album and first compilation of Christmas carols. The vocal group has already gone platinum. Its first two albums - “The Priests” and “Harmony” - have sold more than 3 million copies worldwide. The Priests album nabbed the Guinness world record for being the fastest-selling UK debut for a classical act late in 2008.