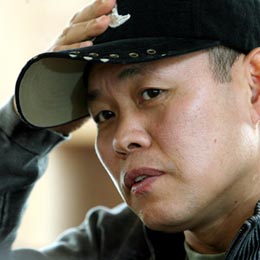 Newsis reported on Sunday that Kim Ki-duk - famous for directing “Samaria” - is “devastated” in Paju. He is reportedly overweight and has lost his famously sharp eyes, according to Kim’s unnamed friend. Many speculate that it is because an unnamed director - referred to as “director X” in the Newsis report - betrayed him. Rumor has it that Kim was leading a film project at the beginning of the year and his producer and the director essentially took the script and made the film without Kim. Since the producer and the director were two of Kim’s most trusted friends, he is said to be in enormous emotional pain.