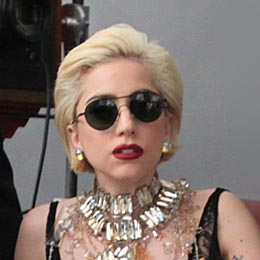 Lady Gaga isn’t having much luck in Paris. After previously having concerts postponed in October amid nationwide strikes, the rescheduled concert on Sunday was called off due to snow.

The weather led authorities to ban big trucks from driving through Paris and the surrounding region. Lady Gaga’s trucks couldn’t get to the venue on time.

The pop diva vented her frustration on Twitter, writing that “all 28” of the trucks carrying sets for her show had been detained. She said she wanted to do a show without the sets, but even the sound and power equipment were blocked. Lady Gaga also wrote that two of her employees were “arrested trying to get into Paris so we could perform.”