The prosecution, off balance and in crisis

The prosecution, off balance and in crisis 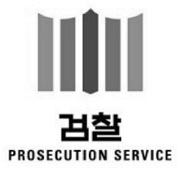 “The mirror can reflect the difference between beauty and ugliness, if there is nothing that blurs its clarity, and the scale can weigh the difference between lightness and heaviness, if there is nothing that obstructs its correctness. If the mirror is shaken, it cannot reflect things clearly, and if the scale is shaken, it cannot weigh things correctly.”

He explained the fairness of the law by comparing it to a carpenter’s ink line. “As a carpenter cuts wood precisely along the ink line, the law provides an objective standard that rejects arbitrary judgments,” he said to show that the law should be applied equally regardless of a person’s rank or status.

When the Ministry of Justice presented its annual report to President Lee Myung-bak on Monday, the president asked the prosecution to reform itself in line with his new policy for a “fair society.” He reprimanded the prosecution for “lagging behind and losing the public’s respect.” The president is right.

I wonder whether the “new paradigm” that Prosecutor General Kim Joon-gyu talked about in his inaugural speech last year has been forgotten. He proclaimed that the prosecution would pursue civilized and unbiased investigations that honor the spirit of fair play. One year later, however, and the prosecution is still in a crisis.

This year, we saw a scale that lost its balance through prosecutors who accepted bribes from sponsors and a mirror that became warped through allegations that the Prime Minister’s Office investigated civilians. In investigations of businesses, there was no civility.

The execution of the law should be as pure as the morning dew. If personal prejudices are allowed to intervene, confidence in the law will be lost. The emblem of the prosecution contains bamboo, a scale and a sword. I hope we see the day when the prosecution achieves the straightness of bamboo, the balance of the scale and the sobriety of the sword.