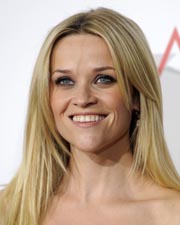 LOS ANGELES - Actress Reese Witherspoon, currently in theaters with the costly box office bomb “How Do You Know,” is engaged to a Hollywood agent she started dating earlier this year, a spokeswoman said on Tuesday.

Witherspoon, 34, and Jim Toth “are engaged and they are extremely happy,” the spokeswoman confirmed by e-mail. The news was first reported by US Weekly magazine.

The couple started dating in January, shortly after Witherspoon ended her three-year relationship with actor Jake Gyllenhaal. She was previously married to another actor, Ryan Phillippe, with whom she has two children.

Witherspoon, best known for playing a plucky attorney in the hit “Legally Blonde” films, is one of Hollywood’s highest paid actresses despite a mixed record at the box office. She reportedly earned $15 million for her role in the $100 million adult comedy “How Do You Know,” which has sold just $15 million worth of tickets across the United States and Canada after two weekends. She won an Academy Award for playing June Carter Cash in the 2005 Johnny Cash movie “Walk the Line.”