What gets lost in the people’s art

What gets lost in the people’s art 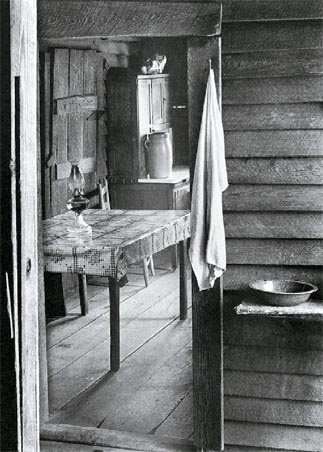 ‘Anybody who wanted to paint a nude ought to have his head examined!”

That comment was made by Edward Bruce (1879-1943), director of New Deal art projects under the Treasury Department in the early 1930s, according to David Lembeck’s article “Rediscovering the People’s Art: New Deal Murals in Pennsylvania’s Post Offices.”

As a result, it is now hard to find nudity in murals painted on the walls of U.S. public buildings in the 1930s.

As I said in the last article, the administration of Franklin D. Roosevelt, who came to office in 1933, launched public art projects as part of the New Deal, to counter the effects of the Great Depression. The first and best-known of the New Deal art projects employed artists to paint murals on federal government buildings, local post offices and other public spaces.

The idea was proposed to Roosevelt in a letter written by a painter, and the president thought it was brilliant. It would not only give jobs to artists in poverty but it would provide the working class, most of whom could not afford to visit museums, with a chance to see original works of art.

Roosevelt immediately brought the idea to the Treasury Department, which was in charge of the construction of federal buildings. (Later, the art project was shifted to the Works Progress Administration, which oversaw most New Deal projects.)

Bruce, who was in charge of art projects under the Treasury Department, had once been a successful lawyer and financier, but his deep passion for art led him to quit his job to become a professional painter before he was employed by the Treasury.

The article by Lembeck, a graphic designer who studied New Deal post-office murals, recounts a humorous episode about the project. When an artist known for using nudity in his work was hired to do a mural, an official from the Treasury’s Section of Fine Arts wrote a letter to the artist saying, “You have painted enough nudes in your life so that the painting of several more or less should not matter in your artistic career.”

Bruce and other New Deal mural-project leaders excluded abstract paintings and other paintings influenced by European modern art because they believed that the murals should be easily understood by the public. Paintings of controversial or political themes, such as war were also off limits.

In this sense, the New Deal mural project was quite different from the Mexican Muralist movement that had inspired it. 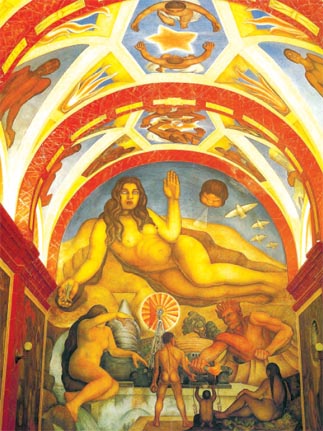 If there is any similarity between the New Deal mural project and the Mexican Muralist movement, it is that they both tried to maximize their folk identity. Artists engaged in the New Deal mural project were encouraged to adopt themes unique to America or related to American history. One example is the mural in Philadelphia’s Muncy Post Office, which depicts Rachel Silverthorne, a local heroine who warned settlers of an imminent attack by British-allied American Indians during the U.S. Revolutionary War.

With several limitations, works created under the New Deal mural project were largely innocuous. Murals that were even slightly provocative drew objection from people in cities where they appeared and thus were rather moderate. This brought the criticism that the project was useless and took away an artist’s freedom and creativity. In fact, since avant-garde works were excluded from the project, the New Deal murals neither exerted much influence in American art history nor produced any notable works.

The artworks created under the New Deal project reflected the larger debate about whether the New Deal was effective or not. The Great Depression ended with the outbreak of World War II and there is a considerable number of scholars who argue that the war was more influential in ending the Great Depression than the New Deal policies were. Although the United States was not directly involved in the war at first, it was a supplier of war materials and restoration goods. And because tens of millions of young people were sent to Europe as part of the draft, the unemployment rate diminished in an instant.

Some laissez-faire economists even consider the New Deal as an obstacle to the United States’ recovery from the Great Depression. They believe there were limits to financial outlays and that the government delayed a more organic recovery by intervening and suppressing individual creativity and competition. This idea is also reflected in the fact that there were no creative masterpieces produced under the New Deal mural project.


But there were masterpieces produced during the Depression. These, however, were produced under the documentary photography project initiated by the Farm Security Administration. That’s because the administration focused more on documentation than on promoting social security policies. That allowed photographer Walker Evans, who was one of the artists of the photography project, to capture the house of a tenant farmer from an artistic perspective, rather than a commercial one.

Public art projects like the one initiated by the FSA can be successful, but success is relatively hard to achieve. Public art, which is financed with taxpayer money, needs public agreement. But it is impossible to have a referendum on each and every work of art, so it is up to the government or a public committee to decide whether a work deserves support; therefore it is their opinions that are reflected in public art projects. In the process, freedom or creativity are often destroyed.

That begs the question of whether public art really is useless, as critics of the New Deal mural project contend.

In a contemporary capitalistic society, the issue of art being subordinated by capital is of great concern.

Many people in the art world worry that art will become a commodity through art auctions and that the art industry will be controlled by the preferences of the affluent people who can afford to buy it.

However, I believe that selling artworks at an auction, where the artwork goes to the highest bidder, is fair. The price of an artwork in a market economy represents not only its material value but is also a measure of the buyer’s desire for the work. The only problem is that money is not distributed equally among the public and therefore the preferences of people without wealth are not reflected in the art market.

People without money should also be able to enjoy fine art, which points to the need for public art.

The question of to what extent the art world should rely on the market or let the government intervene is not simply a matter of economic policy but cultural policy as well. Both the market and government subsidies may go a long way toward diminishing art, but the reality is that art cannot exist without either. This is the unsolvable dilemma in art.