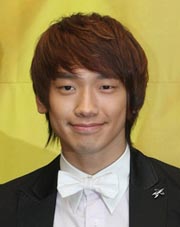 Singer-actor Rain is in the clear following allegations of fraud and embezzlement.

The entertainer along with seven other shareholders of his former company, J. Tune Entertainment, was accused of swindling 2.5 billion won ($2.2 million) of investors’ money and pocketing 2 billion won in the name of Rain’s modeling fees last April.

However, the Seoul Central District Prosecutors’ Office on Thursday cleared the singer, whose legal name is Jung Ji-hoon, of the charges.

“After tracing the company’s money flow, the allegations turned out not to be true,” said prosecutors. “The allegations of swindling investors out of money and not properly running the company do not constitute fraud. The business was just not going well enough.”

In addition, prosecutors said that the seemingly high modeling fees did not constitute embezzlement either.

“The investigation uncovered that Rain’s modeling fees hover around 400 million won to 1 billion won for a single shot,” prosecutors said. Rain is said to have received around 2.2 billion won for three years as an exclusive model for J. Tune Entertainment.