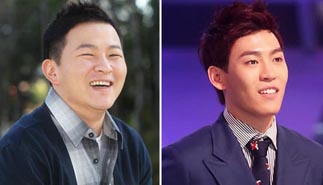 They were the biggest rivals on stage last year, but they have now come together as a team.

“My Best” is part of the movie soundtrack for “Glove,” which is set to be released on Jan. 20. The movie tells the story of a baseball team made up of hearing-impaired players who face hardships in life as well as on the field.

“After reading through the script, we found a lot of common ground between Superstar K and the baseball team, in that passionate people pursue their dreams,” Mnet Media, the producer of Superstar K, said.

“Both Hur and Park were happy to take part in the original soundtrack.”