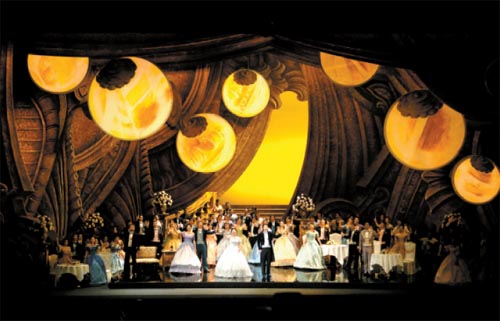 
Opera fans have a lot to look forward to this year. The city’s three major opera companies have planned seasons filled with classic operas such as “La Traviata” by Giuseppe Verdi and less familiar works such as “Dialogues des Carmelites” by Francis Poulenc.

First up is a production of Giacomo Puccini’s “Turandot” from Jan. 25-30 at the Seoul Arts Center. The production is a collaboration between the Korea National Opera and China’s National Centre for the Performing Arts and was created in anticipation of the 20th anniversary of diplomatic ties between the countries in 2012.

The Chinese company, which is making its first appearance in Korea, is fresh from its production of “Turandot” in Beijing in November. It will provide the sets, costumes and half of the cast for the performance in Korea. The Korean company will contribute the other half of the cast, as well as production staff and administrative support. 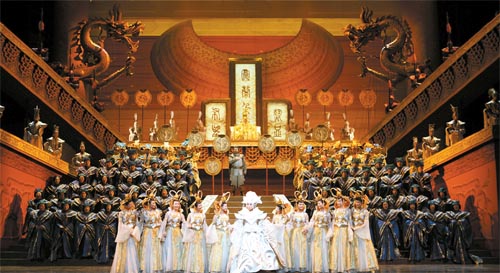 
Singers from the KNO will alternate with singers from the Chinese company in the leading roles of Turandot and Prince Calaf, though the schedule has yet to be announced. The production is directed by the NCPA’s Chen Xinyi, who directed the company’s November production of the opera.

This spring, Korean audiences will have a chance to experience their first French opera when the KNO presents Francis Poulenc’s “Dialogues des Carmelites” (1957) from May 5-8 at the Seoul Arts Center.

“Korean opera fans have been exposed to enough Italian operas, and they have been introduced to good amount of German opera through Wagner as well,” Lee So-young, the KNO’s general director, said at a press conference on Dec. 23 at the Korea House in Chungmuro. “Now it is time for them to know more about French opera and its sensuality.”

It was first performed at La Scala in Italy in early 1957 prior to its debut at the Theatre National de l’Opera (now the Opera National de Paris) in France later that same year.

The Korean production will be directed by French director Stanislas Nordey, who is helping the company create its own version of the opera.

To give audiences a better understanding of French music, the KNO is hosting two events leading up to the performance. First, it will host a four-day workshop this week on French opera from Monday to Thursday from 3-6 p.m. The workshop concludes with a performance of Poulenc’s “La Voix Humaine” on Friday at 7:30 p.m.

Meanwhile, the Seoul Metropolitan Opera plans to go back to basics with operas by Italian composers. The company’s 2011 season features two operas by Giacomo Puccini. Its production of “Tosca” is from April 21-24, and its production of the comic opera “Gianni Schicchi” is June 15-19.

In the fall, the company will present Giuseppe Verdi’s “La Traviata” from Oct. 13-16. The company last performed the opera to appreciative audiences in 2008. 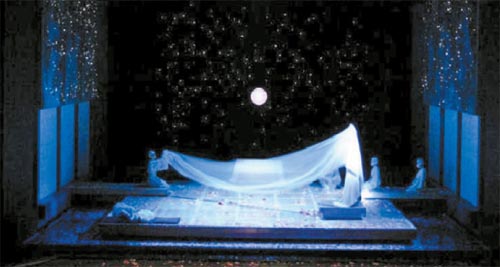 
Finally, the Korea Opera Group will present Puccini’s opera “Madama Butterfly” from June 24-26 at the Sejong Center for the Performing Arts. The company says it is now in talks to bring Italian director Franco Zeffirelli, who won an Academy Award for his film “Romeo and Juliet” in 1968, to Korea for the production, but stressed that nothing has yet been confirmed.