Country’s industrial edge is at stake

Country’s industrial edge is at stake 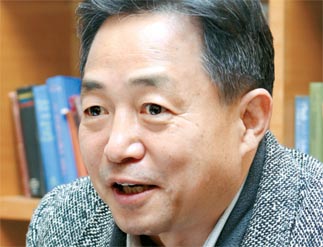 A lot of ink has been spilled over the apparent disinterest among Korean students for the sciences and engineering. But there has been little discourse on the root cause and potential solutions.

In an interview with the JoongAng Ilbo on Dec. 30 at Seoul Palace Hotel in Gangnam, southern Seoul, Hong Kuk-sun, dean of the Materials Science and Engineering Department at Seoul National University, said it is a problem of supply and demand. Students, he said, see little demand for engineers going forward.


Q. How serious is the phenomenon of scholastic disinterest for engineering and sciences?

A. About 10 years ago, the trend started to take root. If students are accepted to Seoul National University’s engineering department, any other school’s medical school, or even dentistry school, they choose to avoid engineering.

What do you attribute this to?

Blame supply and demand. When students look to the future, they see less of a demand for engineers.

More than 60 percent of students studying agricultural, veterinary, natural and medical sciences are focused on bio industries (which receive generous government funding). In the case of electrical and mechanical engineering, only 5 to 10 percent of programs are (eligible for government support).

If we do not solve the engineering problem, Korea’s industrial sector will be in grave peril.

Isn’t the drop-out rate for engineering students - both undergraduate and graduate - another issue here?

It is a big problem. Many times, engineering students change their majors and eventually become lawyers or doctors. Because of this, there is a lack of students in graduate (engineering) programs.

How do developed countries deal with engineering students?

When I visit the Massachusetts Institute of Technology, the school had adopted a 14-point program to guide undergraduates students through graduate school. It included faculty advisers who acted as mentors.

In the United Kingdom, professors and students have more one-on-one interaction.

What should Korea do?

The government should establish clear policies to promote engineering. If we want to maintain our industrial edge, we need more engineering students.

We need better financial support for graduate and postdoctoral students so industrial engineering will not suffer from a brain drain.

Taking the examples of Japan and Germany, about 70 to 80 percent of the professors earned a Ph.D. within their borders. In Korea, we have placed too much priority on hiring professors with foreign degrees, but it is getting better.

In the case of SNU’s engineering department, two new professors in 2008 earned doctorates in Korea. One studied at Yonsei University and was chosen for academic achievement.

Despite all the talk of a “crisis,” the future of science and engineering in Korea is far brighter than what most expect.