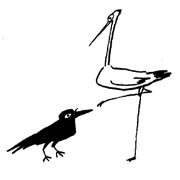 When China was united for the first time in its history, it had a secret weapon. It had created a pool of talented people.

Before the Qin Dynasty (221 B.C.-206 B.C.) unified China, it had to recruit talented people to build a wealthy state with a strong army. It even looked for qualified people in other countries. A man called Jeongguk, who hailed from the Han Dynasty, presented a proposal for the construction of a canal that would unite the country. He became director of the project.

But some people started to slander him, claiming that the canal was designed to “ruin the country by exhausting manpower and money.” They also said, “We cannot trust aliens.” Accordingly, the king expelled foreigners.

Personnel management is often said to be the most important part of business. Chung Tong-gi, who was appointed by President Lee Myung-bak to head the Board of Audit and Inspection, finally stepped down due to a controversy over his qualifications. From the start, the Lee administration had been criticized for its personnel management skills, because its pool of talented people was so small. People criticized it for appointing people close to Lee (the KoSoYoung group that is composed of Korea University graduates, Somang Church members and people hailing from Yongnam) and for its revolving door of appointments. Chung was just the latest problem, because it was said to be an expression of gratitude. Chung must have felt that he was being treated unfairly.

In a statement about Chung’s resignation, there are expressions of anger and lament. He quoted Zhuangzi, a Chinese philosopher in the 4th century B.C. that said a white heron is white even though it doesn’t wash itself, and a crow is black even though it never smears itself with black ink. In other words, it is confusing to force people to live a certain way because black and white and good and evil have already been decided. Therefore, the best solution is to leave nature as it is. If Chung had grasped the meaning of the phrase, he could have chosen another phrase that meant “harboring anger and spewing up pain” - which means it is much better to be tight lipped when you leave centre stage.