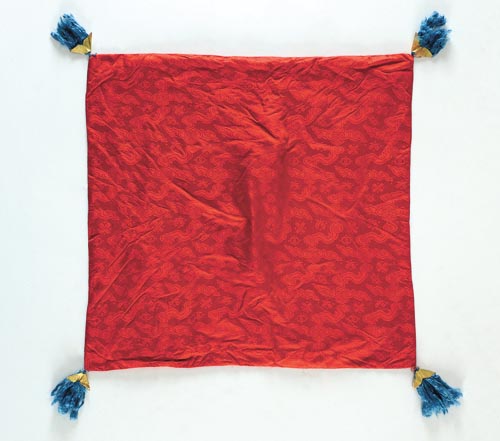 This cloth was used to cover a royal seal.


Korea’s Cultural Heritage Administration announced Tuesday that it has published a three-volume catalogue titled “The Royal Seals of Joseon.”

The royal seals, known in Korean as “eobo,” were largely ceremonial and primarily used for weddings and other rituals. They were different from state seals, which were used for official documents and national orders.

The cultural administration hopes it will be an invaluable resource for scholars, the general public and anyone interested in Joseon Dynasty culture, as well as metal and woodcraft arts. 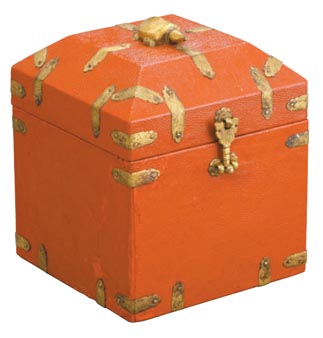 Royal seals were protected by an inner and outer box. This box has a small turtle on top, which is the same as the ornament that decorates the seal inside. Provided by the Cultural Heritage Administration of Korea

Many extant royal seals are well preserved because they were once stored at Jongmyo, a royal ancestral shrine, before they were moved in 2005 to the National Palace Museum of Korea. These artifacts are considered crucial to the study of royal culture during the Joseon Dynasty.

Seals usually composed of two parts: the square base, or “boshin,” on the underside, where the letters are engraved, and the handle, or “bonyu,” an animal ornament. “Insu,” or decorations such as bells and tassels, were added for visual appeal and, at least when it came to the tassel, made it easier to hold the seal. 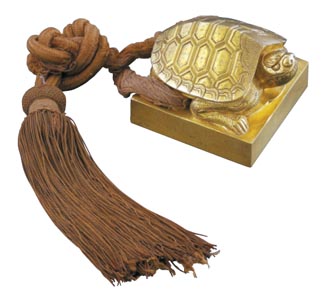 Royal seals had two parts - the base and an ornament in the shape of a turtle or other animal. The seal was also decorated with a tassel, which not only enhanced its visual appeal but also made it easier to hold.

The outer box was typically made of pine wood. It was then covered with fish skin and painted with a coat of black or red paint. It also had a small turtle or dragon-shaped ornament on top that matched the one on the seal. The outer box also had a lock near the top to secure the seal.

The fabric used to cover the boxes was adorned with auspicious symbols such as clouds, money and books. Colors and prints woven into the fabric are now used to study the development of sewing and dying during the Joseon era.

When the Korean Empire (1897-1910) succeeded the Joseon Dynasty (1392-1897), the animal ornament on top of the seal changed from a turtle to a dragon, which was the symbol of the new emperor. 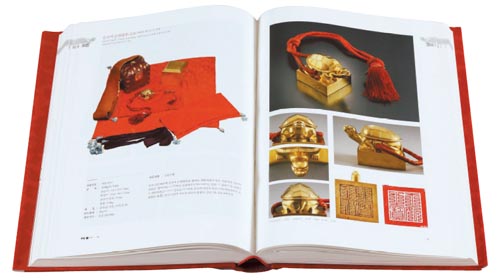 One volume from a new three-volume catalogue on royal seals published by the Cultural Heritage Administration of Korea shows the seals and their decorations.


The first volume of the catalogue introduces different kinds of eobo and the second one shows the inner and outer boxes and the keys and locks used to secure them. The third book focuses on the fabrics used to wrap the eobo and other ornaments associated with the seals.

The Cultural Heritage Administration is hoping to register the collection of seals as objects of World Cultural Heritage with the United Nations Educational, Scientific and Cultural Organization, according to a press release from the CHA on Tuesday.

The catalogue will be available to the public at national and public libraries this month.