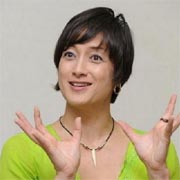 One of the most influential film composers of his time, Ennio Morricone, 82, is scheduled to meet with Korean-American music director Kolleen Park on Feb. 2 because Park introduced one of Morricone’s songs on the KBS program “What Makes a Man.”

Morricone, who has contributed to more than 500 motion-picture soundtracks, is on a worldwide promotional tour for the musical play of the award-winning film, “The Mission.” This is the first time he’s been involved in a musical production since his career began in 1940.

Park’s contributions to “What Makes a Man” - which transforms program regulars into choir singers - has earned her respect as a talented musical mind in Korea. The song that Park introduced was “Gabriel’s Oboe,” which Morricone wrote for “The Mission.” The musical will run from Feb. 2 to Feb. 26.