The Age of the Unthinkable 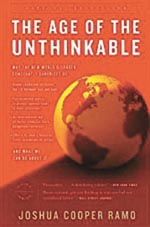 For decades, American policy has been based on the seductive belief that there exists throughout the world a logical relationship between democracy and stability, between the might of the state and the success of a society.

If only it were that simple. As Joshua Cooper Ramo reveals in this widely praised and bestselling book, the belief that globalization is harmonizing the planet has failed both tests of good science: it neither predicts nor explains our world. Drawing upon history, economics, network theory, and his own extraordinary, experiences, Ramo puts forth a radical new model for looking at the world, one that embraces its inherent unpredictability - and offers our best hope for survival. (From the publisher) 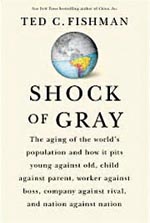 Armageddon looms thanks to increasing longevity, according to this fretful jeremiad. Ted C. Fishman (China, Inc.) visits a number of locales - luxury retirement communities in Sarasota, Florida; the rust-belt city of Rockford, Illinois; a village in Spain; Beijing - and everywhere finds a skyrocketing population over 65 with attendant problems: soaring medical costs, overwhelmed caretakers and government pension systems, and oldsters who feel sad and neglected. Fishman weaves these findings with all manner of demographic, economic, and cultural discontents, including plummeting birth rates, environmental degradation, underpaid immigrants, American industrial decline, globalization, and outlandish teen fashions. Unfortunately, conflating all this under the rubric of aging’s “shockwave” obscures more than it reveals; while focusing on an unsolvable existential predicament, Fishman avoids investigating solutions to specific problems he raises, which are mainly issues of trade and economic inequality, not longevity. (From Publishers Weekly) 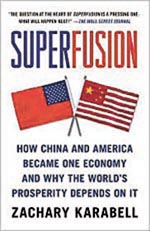 Zachary Karabell (A Visionary Nation) delivers a compelling brief on the unlikely convergence of the U.S. and Chinese economies. He begins with an introduction to China’s economic reforms in the post-Mao era and moves on to specific examples of how such American companies as KFC, Avon and Nike used this opportunity to reinvent their businesses to suit the world’s largest market. Karabell argues that China’s entry into the WTO laid the foundations of “Chimerica”: the symbiotic relationship between China and America that has largely escaped analysis because outmoded quantitative tools. It is essential reading for anyone curious about the increasing economic integration and interdependence between China and America, the public opposition in both nations and the implications for the U.S. as it faces competition from a nation it cannot coerce. (From Publishers Weekly)


What Good Is God? 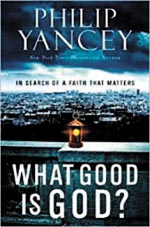 Religion author Philip Yancey described his approach to his books this way: “I’m not a professor or academic or ordained pastor. I’m an ordinary pilgrim. When I tackle a project, I try to represent my readers.” Yancey sets out on a spiritual pilgrimage that takes him to scenes of trauma and healing at several far-flung locales. His search for answers about the value of belief leads him to crowded Mumbai, India streets that were rocked by terrorist attacks; to the backstreet motel where Martin Luther King, Jr. was assassinated; and to the Virginia Tech campus still recovering from a student massacre. Every stop brings new answers. (From Barnes & Noble)