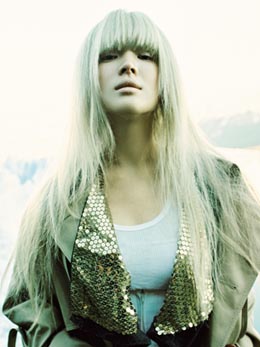 Song Hye-kyo, an actress part of the Korean Wave, or hallyu, released last Friday a luxurious photo-collection book of herself costing 120,000 won ($108).

In the book, titled “Song Hye-kyo’s Moment,” Song poses in France, Italy, the United States and Argentina for artists like Peter Lindbergh and Helena Christensen, the publisher said. The collection covers pictures from the last five years.

The first 2,000 copies have been published under a limited-edition label and more than half of them have been ordered overseas, the publisher said.

Best known for her appearance in “Autumn in My Heart” and “Full House” - megahit television dramas across Asia in the early 2000s - Song has recently gathered attention as actor Hyun Bin’s girlfriend.