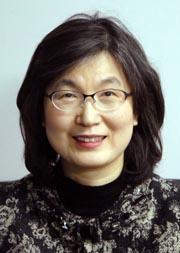 The nomination was made by Supreme Court Chief Justice Lee Yong-hoon, and Lee Jung-mi will take the post in March.

Of the nine justices on the Constitutional Court, three are appointed from candidates selected by the National Assembly, three are nominated by the Chief Justice of the Supreme Court, and three by the president.

A native of Ulsan, Lee, 48, studied law at Korea University. She passed the bar examination in 1984 and began her career as a judge at the Daejeon District Court in 1987.

“I have taken into account her opinions in and out of the court system and evaluated her professional knowledge of the Constitution, her determination to protect people’s basic rights and her ability to make reasonable judgments,” Chief Justice Lee said. “The ability to protect and care for the minority of society and harmonize society was a key standard for the nomination.”

Lee will be the second female judge to sit on the Constitutional Court’s bench after Jeon Hyo-sook, whose term ended in 2006.

Last week, Park Han-chul, former chief of the Seoul Eastern District Prosecutors Office, was confirmed by the National Assembly to become a Constitutional Court justice, succeeding Kim Hee-ok. Kim left the post at the end of last year to become president of Dongguk University, and Park was nominated by President Lee.

Justice Cho Dae-hyen’s term will end in July, and the National Assembly will name his successor.