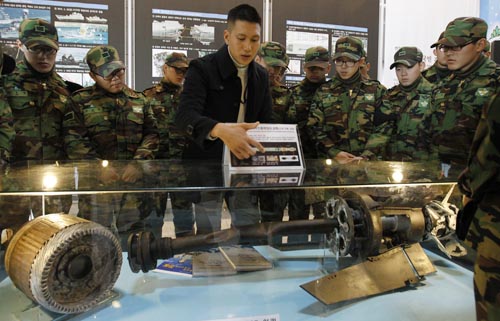 A guide from the Ministry of National Defense talks to soldiers at the War Memorial of Korea in Seoul yesterday, as they surround a replica of the remnants of the North Korean torpedo that Seoul believes sank the South Korean warship Cheonan last March, killing 46 sailors onboard. [REUTERS/YONHAP]