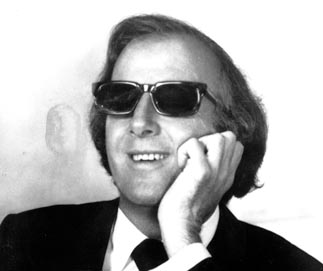 Shearing, a prolific pianist and arranger who wrote more than 300 compositions, died in New York where he had lived for the past 25 years, manager Dale Sheets told Reuters.

“It’s a great loss to the jazz world,” said Sheets.

Born blind in London in a working-class family, Shearing played piano at the age of 16 in a neighborhood pub before establishing his interest in jazz and joining an all-blind band in the 1930s playing Duke Ellington arrangements. He then gained a larger audience by appearing on BBC radio.

Already well-known in Britain, Shearing gained further fame when he moved to the United States in 1947 and put together a quintet to record 1949’s “September in the Rain,” which became an international hit.

Shearing soon performed at iconic New York jazz club “Birdland,” and in 1952 he wrote “Lullaby of Birdland,” whose title refers to the club. The song has since been recorded by such performers as Ella Fitzgerald and Sarah Vaughan.

Mixing swing, bop and modern classical influences into his compositions, Shearing produced multiple albums from the 1950s up to the 1990s and became known for his unique “Shearing Sound” by using a block chord technique that blended piano, bass and drums with vibraphone and guitar.

He disbanded his quintet in 1978 and periodically returned to it for concerts while also playing solo, as a trio and often as a duo. His albums “An Evening with George Shearing and Mel Torme” and “Top Drawer” won Grammy Awards in the early 1980s.

Shearing famously said that while musicians can be taught the tools for jazz technique, it is best learned through observing others.

“I don’t think anybody is ever taught to play jazz. I think somebody’s natural jazz feeling is honed by study and exposure to other people who are more proficient than they, and therefore I think that the amount of jazz that can be taught is limited,” Shearing said in a 1995 interview.

Shearing released a memoir in 2004 and was knighted in Britain in 2007 for his contribution to music.

He is survived by his wife, Ellie, and one daughter from a previous marriage.