The blessing of a prison without bars

The blessing of a prison without bars 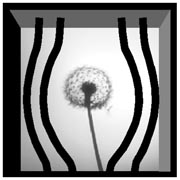 Among all bars, iron bars in a prison cell symbolize confinement and severance from the outside world. Absolut vodka cleverly exploits this concept in one of its advertisements. The iron bars of a prison cell are curved into the shape of a vodka bottle, with the slogan “Absolute Freedom” scribbled at the bottom.

Paradoxically, iron bars awaken people’s awareness of life. Pastor Park Jae-soon, who was imprisoned on charges of an alleged connection with a left-leaning student organization’s attempt to overthrow the government in 1974, also had such an experience. The life of prison inmates was harsh when the military-backed government declared emergency measures. They were not even allowed to see visitors or read books. But they did feel the pure joy of life when seeing, through the bars, birds in the sky and leaves on trees.

In that sense, it was probably the iron bars that facilitated the birth of poet Kim Ji-ha’s philosophy that life is more important than the nation. He was put behind bars because he fought against the dictatorship of President Park Chung Hee. Through the iron bars he saw dandelion seeds dance in the air and glittering in the sunlight. There is virtually no place without life. His awakening that even iron bars cannot be an obstacle to life might have originated from that, triggering a lifelong movement focused on life after his release.

The iron bars at police stations are reportedly going to disappear and be replaced by transparent plastic plates, with walls painted in flower patterns to relieve the inmates’ fear and provide psychological comfort. Perhaps we should watch whether this “prison without bars” will become an icon of improvement in human rights protection by the police.