Caught between a blessing and a curse

Caught between a blessing and a curse 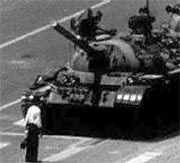 After serving as a legal adviser to the Chinese government from 1913-1914, American scholar Frank Johnson Goodnow concluded that democracy did not agree with China. He believed the Western republican form of government would not conform to China’s political uniqueness and inherent rigidity. Goodnow helped draft the constitution of the Yuan Shikai government, and his assertion that China was not yet ready for Western-style democracy motivated Yuan to reinstate a monarchy in place of a republican government by proclaiming himself emperor in 1915.

John Naisbitt, an American expert in future studies and author of “China’s Megatrends: The 8 Pillars Of A New Society” (2010), wrote that China has succeeded in developing a new political and economic model to fit its history, society and values. He said that while Western democracy is “horizontal,” its Chinese equivalent is “vertical,” with a top-down approach to government and a bottom-up public response, allowing the Chinese government to be more efficient in getting work done. Naisbitt said China’s unique political format has helped to pull the immense and complicated country out of poverty and put it on a solid path for growth.

Spanning a century, these two perspectives of China’s political system are worlds apart. Many may still agree with Goodnow and disagree with Naisbitt. China’s social and political experiment is yet to be concluded. It is still fiddling with its political model even as it marks a century since the Xinhai Revolution, the civil uprising that ended 2,000 years of imperial rule.

Debate on democratic options has resurfaced as the antigovernment and pro-democracy movement in North Africa and the Middle East has inspired Chinese youths to organize similar rallies in Beijing and Shanghai. But the Chinese government says it will stick to its own style of governing.

Whether it is the Western style or the Chinese model, the decision lies with the 1.3 billion Chinese people. The people are just as burdened by wealth inequalities as the Arab population, but cannot demonstrate to air their grievances. Instead, they enjoy the delusion of a staggering 10-percent annual economic growth figure.

I hope they will stop and give serious consideration to what would benefit them in the long run - Goodnow’s curse or Naisbitt’s blessing.