Where have all the good runners gone?

Where have all the good runners gone? 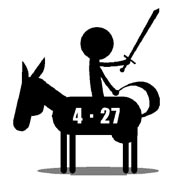 Korea, China and Japan all use Chinese characters, but the same word is often used with a slightly different connotation depending on the country in which it is used.

In Korea, the concept of candidacy is more complex. It is a mixture of winning and losing a “race” and a “tournament” of life and death. Politicians come together and break up, a runner falls out of the race but then comes back. That makes elections difficult to predict.

The three basic traits a politician should have are: control over his own mind, respect for the government and love of the people. Politics is the art of understanding the rich and the poor, the powerful and the weak, the good and the evil, and the wise and the dull.

Moral goodness is the most valuable quality expected of a politician. Zhu Xi of the Song Dynasty in China discussed nine virtues in his book. A politician needs to be generous yet dignified, soft yet firm, sincere yet courteous, dominant yet servile, familiar yet resolute, upright yet mild, simple yet delicate, rough yet loyal and strong yet righteous.

Of course, no one in the world possesses all of these virtues. Goryeo scholar Lee In-ro wrote: “If an animal has a horn, it does not have teeth. A beautiful flower does not yield fruit.” Yet if you want to serve the people, you should have some traits to be proud of.

I’m not sure if the candidates running in the April 27 by-elections have given any serious thought to the meaning of politics and government. And I don’t know if any of them can say that they are in possession of any of the nine virtues. There are so many controversies these days, and many candidates are trying to take advantage of them. But voters are sick of seeking the lesser among evils, and a muddy race is the last thing they want.