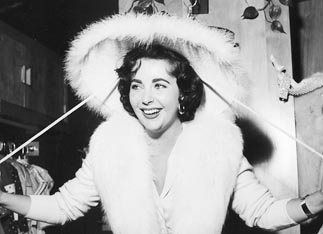 WASHINGTON - Celebrities took to Twitter on Wednesday along with other users of the online service to pay 140-character tributes to Hollywood legend Elizabeth Taylor, who died at age 79.

“RIP Elizabeth Taylor. She was such an incredible woman inside and out and an inspiration to me!” American supermodel Cindy Crawford posted on her Twitter feed.

Former basketball star Magic Johnson, who is HIV positive, thanked Taylor for her years of work to combat AIDS.

“Elizabeth, thank you for all your help in the battle for HIV and AIDS. You will be missed by the world,” Johnson said on his Twitter account.