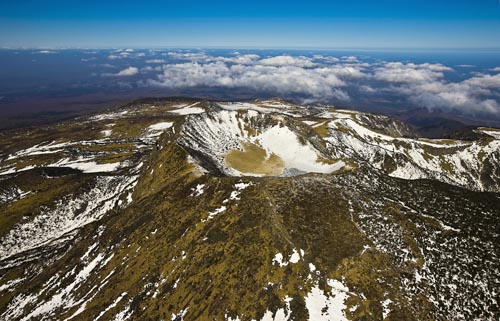 A view of Mount Halla from 3,000 meters. Mount Halla has been a National Park since 1970, a Unesco Biosphere Reserve since 2002, and a World Natural Heritage Site since 2007. By Kwon Hyuk-jae


Until last year, Jeju was polling near the bottom of 28 candidates competing to be named among the “New7Wonders of Nature.” Soon after a committee was launched to promote Jeju’s bid, it moved up to 14th. Four months later, Korea’s most famous island is the fastest gaining candidate in online balloting.
Jeju Island has long been a popular holiday destination for Koreans. But the country’s tourism officials have long struggled to make the rest of the world take note of the island.

And Jeju is in the thick of the fight, after having beaten out 452 regions in the first round of voting.

The foundation will announce the results of the online poll on Nov. 11.Jeju is up against 27 other candidate regions. The Amazon in South America is currently in second for votes gained and Tanzania’s Kilimanjaro is in third.

Public and private organizations in Korea have been quick to pick up the banner for Jeju to help it make it into the top seven. 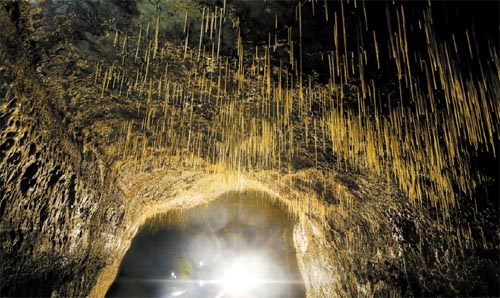 Yongcheon Cave was discovered in 2005 when a maintenance team put an telephone pole into the ground and returned to find that it had sunk into the ground.


Last December, the National Committee for Jeju New7Wonders of Nature was launched, with former Prime Minister Chung Un-chan at its helm.

The committee has taken a leading role in promoting the island. It launched a Korean Web site to help people unfamiliar with English cast a vote for Jeju. Since many of its 27 competitors are already world-famous tourist destinations, the group is in the process of establishing Web sites in English, Chinese and Japanese to expand the amount of information available to non-Koreans. It also appointed public figures to become ambassadors for the New7Wonders drive, including Manchester United’s Park Ji-sung.

President Lee Myung-bak threw his weight behind the campaign by voting for Jeju at his office on Jan. 14 to encourage Koreans to follow suit.

Critics, though, have questioned the benefits the nationwide drive could have for the economy of Jeju Island. Some have even questioned the validity of the New7Wonders poll, because people can vote as many times as they want.

The Korea JoongAng Daily talked to former Prime Minister Chung last Friday, in which he shared his thoughts on Jeju’s chances of success, the benefits in store for the island, and how an official New7Wonders designation could benefit the entire country. 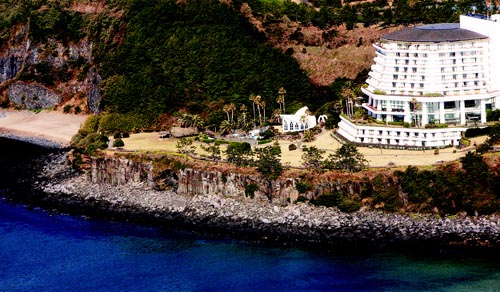 
Q. Can you tell me what’s behind Jeju’s competitiveness in the polls?

A. Jeju Island was designated a Biosphere Reserve in 2002, World Natural Heritage Site in 2007, and nine sites on Jeju were given the distinction of Global Geoparks in 2010, making it a triple-crown winner by Unesco. It is very rare to have one region win these three glorious titles from Unesco. On top of that, out of the 28 regions that are competing, Jeju is the only place where nature is harmonized with human culture, since more than 500,000 people live on this island.

To enter the poll, the New7Wonders Foundation indicates that one of their seven categories should be satisfied. The categories are landscape, island, volcano, beach, cave, rainfall and forest. To many people’s surprise, Jeju has all seven categories. Of course Jeju’s Jeongbang Falls is too tiny to be compared to Iguazu Falls, but Jeongbang is one of the few that falls directly into the ocean. Many renowned destinations across Northeast Asia, including China’s Yangtze River, Japan’s Mount Fuji, and North Korea’s Mount Kumgang, didn’t make it to the final round. Doesn’t this show that Jeju has something special?

Wouldn’t winning be a one-time event? After this poll ends, people could just forget about Jeju.

Let me give you a metaphor. Jeju is an item at a department store. The packaging is just as important as the item’s quality. The wrapping is the New7Wonders event. We need to convince the world to buy Jeju. As great as Jeju is, if the packaging - the marketing - isn’t pretty enough, no one will buy it. I heard this from officials at the New7Wonders Foundation: One reason Jeju was able to make it to the final round was that it received a very high score from experts. I think it wouldn’t have made the final if only online voting was taken into consideration. Experts acknowledge what Jeju has. Now it’s our job to let ordinary people know what Jeju has. 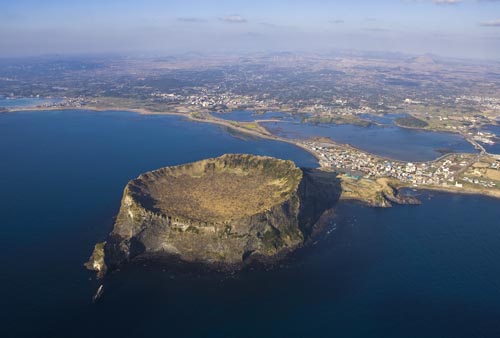 Seongsan Sunrise Peak. Jeju is competing to be included among the New7Wonders of Nature. By Kwon Hyuk-jae


Is Korea blowing this contest out of proportion?

If it’s the right moment, why shouldn’t we put in our best effort? Canada and Australia cooperated together to have their candidates picked as winners for this year’s round. And for the New7Wonders of the World, Brazil’s President Lula da Silva advertised Brazil’s candidacy.

Critics have commented on whether or not it is even worth being selected, but that’s not what’s important. Now people know about the Christ the Redeemer statue and people go to Brazil to see it. That’s what we need.

What would change if Jeju were to be selected among the final seven?

Currently, Korea is the 13th largest economy in the world, but it is only ranked 33rd in national brand image. Compared to the name Korea has made for itself in heavy industry, it has not achieved that in the cultural field. Wouldn’t it be better to be known as an industrialized country with an environmentally friendly image?

Would Jeju becoming one of the New7Wonders of Nature benefit local residents?

Absolutely. Tourism is part of the service sector. As it expands, jobs are created. It will benefit the locals, of course. Also, as Jeju faces preservation and development, growing the tourism sector will be a smart way to boost the local economy in an environmentally friendly manner.

What do you need the most from people?

To vote, of course. We simplified voting by phone. It has become much easier to cast your vote. As I mentioned earlier, the first round included an evaluation by experts. But this final round is purely by vote. We need to get as many votes as possible.