More ‘Pirates’ on the horizon

More ‘Pirates’ on the horizon 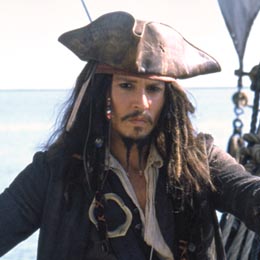 LAS VEGAS - Johnny Depp’s tour guide on his “Pirates of the Caribbean” voyages is plotting the course for a fifth installment even before the fourth movie sails into theaters.

Producer Jerry Bruckheimer says he has a screenplay in the works for a fifth “Pirates” tale after May’s “Pirates of the Caribbean: On Stranger Tides” comes out.

Based on the Disney theme-park ride, the original three “Pirates” blockbusters ended up as a trilogy continuing the same key characters and story line. Bruckheimer says “On Stranger Tides” and future “Pirates” flicks will be stand-alone stories continuing the adventures of Depp’s woozy buccaneer Capt. Jack Sparrow.

Directed by Rob Marshall (“Chicago”), “On Stranger Tides” sends Jack on a quest for the fountain of youth.