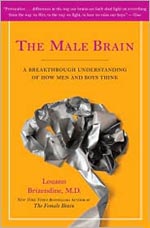 In the follow-up to the bestselling “The Female Brain,” Dr. Louann Brizendine turns her attention to the male brain, showing how the “male reality” is fundamentally different from the female’s in every phase of life, from babyhood to old age. By eight weeks after conception, the male brain is flooded with enough testosterone to radically alter its structure. And over the course of a lifetime, a male’s brain will be shaped and reshaped by genes and sex hormones, resulting in the behaviors that alternately attract and exasperate, intrigue and baffle women - and that remain equally mysterious to men themselves. -From the publisher


Catching the Wolf of Wall Street 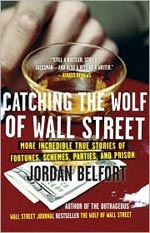 In this astounding account, Wall Street’s notorious bad boy - the original million-dollar-a-week stock chopper - leads us through a drama worthy of The Sopranos. From the FBI raid on his estate to the deal he cut to rat out his oldest friends and colleagues to the conscience he eventually found. But the man at the center of one of the most shocking scandals in financial history soon sees the light of what matters most: his sobriety, and his future as a father and a man. -From the publisher


A Woman Among Warlords 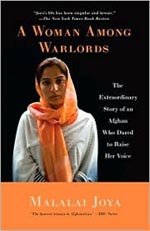 Malalai Joya was named one of Time magazine’s 100 Most Influential People of 2010. An extraordinary young woman, Joya was raised in the refugee camps of Iran and Pakistan and became a teacher in secret girls’ schools, hiding her books under her burqa so the Taliban couldn’t find them. She helped establish a free medical clinic and orphanage in her impoverished home province of Farah and at a constitutional assembly in Kabul, Afghanistan, in 2003, she stood up and denounced her country’s powerful NATO-backed warlords. She was 25 years old. Two years later, she became the youngest person elected to Afghanistan’s new Parliament. In 2007, she was suspended from Parliament for her persistent criticism of the warlords and drug barons and their cronies. She has survived four assassination attempts to date, is accompanied at all times by armed guards and sleeps only in safe houses.

Joya takes us inside this massively important and insufficiently understood country, shows us the desperate day-to-day situations its remarkable people face at every turn and recounts some of the many acts of rebellion that are helping to change it. -From the publisher 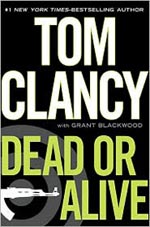 Jack Ryan, the former president of the United States, is out of office but not out of the loop about his brainchild, the “Campus” - a highly effective counter-terrorism organization that operates outside the Washington hierarchy. The Campus has now turned its sights on the Emir, the number one terrorist threat to western civilization. The mission: to bring the Emir in - dead or alive. -From the publisher


The Bed of Procrustes 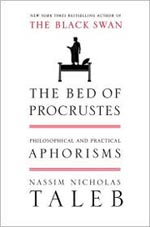 “The Bed of Procrustes” takes its title from Greek mythology: the story of a man who made his visitors fit his bed to perfection by either stretching them or cutting their limbs. It represents Taleb’s view of modern civilization’s hubristic side effects - modifying humans to satisfy technology, blaming reality for not fitting economic models, inventing diseases to sell drugs, defining intelligence as what can be tested in a classroom and convincing people that employment is not slavery. Playful and irreverent, these aphorisms will surprise you by exposing self-delusions you have been living with but never recognized. -From the publisher