April 13 to 18: This exhibition, organized by the Korean Sculptors Association, features more than a thousand works by 50 sculptors from the Americas, Europe and Asia, including Salvador Dali, Arman and 143 Korean artists.

In the digital age, the works on display show what human hands can achieve that computer chips cannot.

The participating artists make use of all sorts of materials to create their works - from rocks and paper to mixed media.

Saturday to April 26: The artists in this group exhibition have come together to express their outrage at the killing of 9 million animals in the wake of the foot-and-mouth disease outbreak last year.

Through installations, photography and other works, the artists also aim to console the souls of the animals that died.

Photographs such as “The Scenery of Killings” by Kim Hung-ku raise questions about the repeated deceptions, arrogance and atrocities perpetrated by humans in the treatment of animals.

On the opening day, at various outdoor spots around the gallery, the artists will present performances, including a memorial rite called “Greetings from Roaming Home.”

Today to May 8: In his solo exhibition, New York-based artist Koh Sang-woo experiments with a mixture of painting and performance.

Koh displays 15 new works alongside documentary films that show the creation process. Just as the title “Pretty Powerful” indicates, Koh’s works are fairly impressive but at the same time deliver seemingly transcendental images of the female body and flowers. The artist works not with professional models but with ordinary people who have discovered their passion in life, including a Chinese-born ballerina who works in the United States.

Whereas his previous works dealt with social issues such as culture, race and sex, the artist now delves into more universal topics including freedom, dreams and the individual’s struggle to achieve universal goals. And in the works on display here, the colors, structures and textures have become more exquisite, according to art experts. 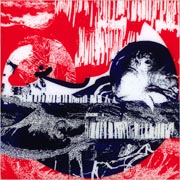 The co-opted, re-assembled signs and pictograms form an intricate composition that eludes definition but creates a distinctive visual language that invite individual interpretation.

The exhibition will feature recent works, including the “the pulp project” series, which kicked off in 2009.

Dorfer has exhibited his works in both solo and group exhibitions throughout Europe and Asia since 1989.

He has been honored with several awards including the Talent Support Prize from the city of Linz, Austria, in the 1990s. 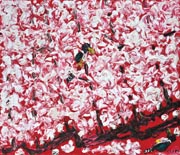 To June 26: This retrospective of artist Kim Chong-hak will show 90 landscape paintings by Kim, ranging from experimental works done in the 50s to works about Mount Seorak from the late 70s and his recent works.

Kim, who began work as an artist in the 1950s, is known as the artist who advocated for representational painting amidst the fever for abstract painting after the establishment of contemporary art in the nation.

For three decades since 1979, the artist has resided in a secluded part of Mount Seorak to depict and capture the environment at its best.

The artist, inspired by the vitality of nature, paints subjects like flowers, grass, birds and butterflies. Through his rapid, bold brushwork, he imbues the canvas with an intrepid energy.