An old fight about a controversial agency

An old fight about a controversial agency 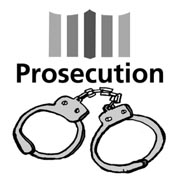 In urging creation of a department to deal with serious crimes within the Supreme Prosecutors’ Office, Lee In, the justice minister in 1948, said, “Big fish are often let loose. If prosecutors fail to solve grave crimes because of political or social pressure from outside, it will be difficult to maintain order.”

Amid rampant corruption among political heavyweights, the Supreme Prosecutors’ Office desperately needed a strong and neutral organization under its umbrella. Under a law enacted in December 1949, the Central Investigation Department - composed of sections for investigation, surveillance and special duty - was finally established. But implementation was delayed until 1961 as a result of the Korean War. In 1973, its name was changed to the Special Investigation Department, and in 1981, right after the inauguration of former President Chun Doo Hwan, it was changed to the present name.

The Kim Dae-jung administration tried to abolish the CID by replacing it with the Corruption Investigation Agency. During former President Roh Moo-hyun’s administration, it was driven to the brink of abolition in 2003 but survived thanks to its investigation of illegal presidential election funds. Ahn Dae-hee, the director of the department at the time, had the honor of being called the “nation’s prosecutor.”

The controversy over its abolition is heating up again as it intensifies its investigation into political fund-raising. CID, which is under the direct command of the prosecutor general, is the symbol of the prosecution. Abolitionists claim it should be abolished because it has tainted the prosecution with politics, while supporters claim it is necessary for the eradication of large-scale crimes. Unlike French philosopher Montesquieu, who said that citizens could live in peace thanks to prosecutors, the eyes of the people towards the prosecution is colder than before. Ultimately, the fate of the department depends on public sentiment.