Explore your creative side at Hi Seoul

Explore your creative side at Hi Seoul 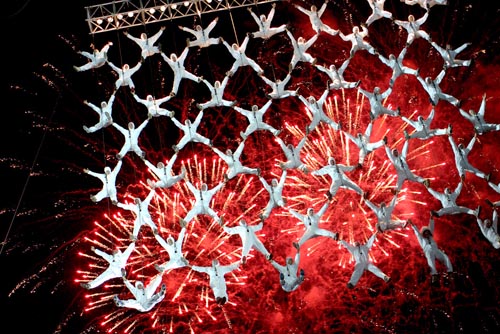 It is hoped that people of different languages, races and generations will be attracted to the dozens of performances that will take place throughout this year’s scaled down six-day festival held at Yeouido Hangang Park, Seoul Plaza, Cheonggye Plaza and Gwanghwamun Plaza.

The festival faced some hurdles. The Seoul Metropolitan Council slashed this year’s Hi Seoul budget by 50 percent to 1.5 billion won ($1.39 million). To cope, the ninth installment was shortened from the usual nine days to six days. And to meet their goal of attracting a record 2 million people, organizers overlapped it with two public holidays - Children’s Day on Thursday and Buddha’s Birthday, which falls on Tuesday of next week.

Seoul’s penny-pinching decision did not prevent the Seoul Foundation for Arts and Culture, the organizer, from equipping the festival with a diverse range of performances and presentations. Forty-seven arts groups from 11 countries including Spain, Australia and China will showcase nonverbal performances, including street acts, instrument arts, puppet shows, a circus and a magic show. 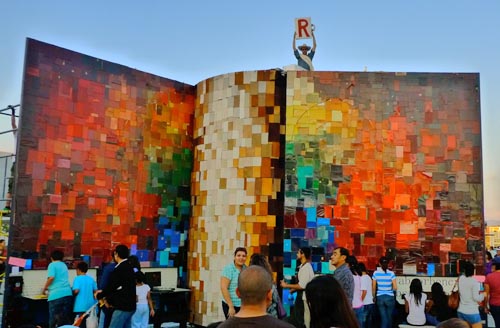 
The slogan for this year’s festival is “The Gestures of Spring.”

“We will try to sublimate our impulses in the arts, no matter the budget we are given,” said CEO of the Seoul Foundation Ahn Ho-sang at a press conference held on April 29. “And we want as many people to come out and enjoy the events as possible, whether they’re in the audience or on the stage.”

In total, 300 exhibitions and performances by local and overseas artists will be presented. They will show a mix of Korean and foreign culture to create a unique atmosphere, unlike anything else that takes place in Asia.

Out of the many must-see nonverbal performances, the Spanish arts group Le Fura dels Baus will add a Korean touch to their work. The group will present the Asian premiere of their performance Rainbow Drops on May 5 at Yeouido Hangang Park. Le Fura dels Baus is famous for performing at the opening ceremony of the Barcelona Olympic Games back in 1992.

The group blends Korean and Mediterranean culture in an aerial circus that has fireworks in the background. It demolishes the boundary between artist and laymen. A highlight of their show has 50 volunteers who were chosen in April becoming part of a human net 30 meters (98 feet) above the ground. Holding hands, they symbolize different cultural and political views existing in harmony.

“We wanted to approach the Korean audience more closely, and this would be the perfect way to show that we ultimately want connection between the different cultures,” said Mike Espuma, artistic director for Le Fura dels Baus. 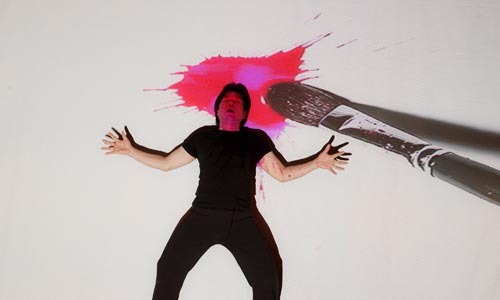 A piece by Edu-Art & Therapy CCOTBBAT. Provided by Seoul Foundation of Arts and Culture


The group will perform three more times after opening day - on Saturday, Sunday and the last day of the festival.

Prior to the actual opening of Hi Seoul, an installment called the Great Wall of Books has been on display since last Sunday at Seoul Plaza in front of City Hall. The interactive piece by the Australian group WELL invites people to explore their hidden talent in the arts by creating their own stories and art around their structure.

Five meters in height and 11 meters wide, the book-shaped piece is a place for professional and amateur artists to collaborate on mural painting, video art and dance.

“The project aims to build bridges across cultures through creative provocation and deep play,” according to WELL’s introduction of the piece on its Web site. “The Book archive acts as a snapshot into the mind of the cities and sites in which the Book inhabits, a glowing library of the thoughts, feelings, dreams, fears and hopes of contemporary and traditional peoples.”

The Great Wall of Books installment first appeared in 2005 in Australia and has been to Macau in 2007 and Mexico last year. 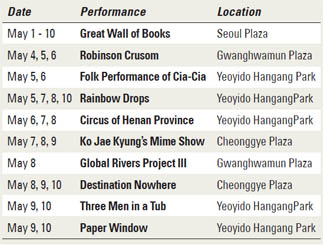 After previews for its new shows last year, the NArT project, an acronym for New Arts Trend, organized by the Seoul Foundation of Arts and Culture, will premiere the shows at this year’s festival, four of which will be presented in theaters in Yeouido Hangang Park and Gwanghwamun Plaza.

One of them is “Theatre Nomad.” Staged by the performance group Tuida, it is a play that tells the story of an urbanite who dreams of a more relaxed lifestyle.