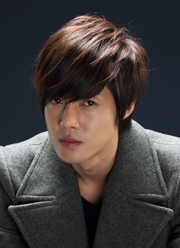 KeyEast singer-actor Kim Hyun-joong’s agency, called the police on Sunday to look into Saturday’s hacking of his official home page.

According to a statement from KeyEast, Kim had been recruiting fan club members on his home page since May 2 and requested that new members transfer a subscription fee of 10,000 won ($9) to his account.

On the morning of May 7, the account number was suddenly switched and the membership fee was changed to 35,000 won. A new notice on the site that told potential members that if they paid an additional 100,000 won, they could be part of a fan-club meeting with Kim next month on Jeju Island. The notice also said that another 800,000 won would get a personal dinner date with Kim.

Some fans expressed doubt about the suddenly changed account number and subscription fee amount and informed KeyEast. The agency announced on May 7 that the site was hacked, the account number was wrong and the notices posted were false.

“We found that 20 fans were deceived by the hackers to pay [a large sum of money],” a KeyEast representative said. “We will compensate them for the damages, while the police pursue the hackers.”