Gauche caviar vs. the makgeolli right

Gauche caviar vs. the makgeolli right 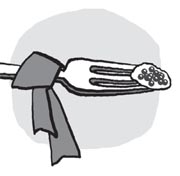 French philosopher Bernard-Henri Levy, referred to as BHL, wrote about his personal relationship with President Nicolas Sarkozy in his book, “Ce Grand Cadavre a La Renverse” (“This Great Collapsing Corpse”). Just before the presidential election in 2007, Nicolas Sarkozy, then a rightist presidential candidate, asked BHL to write a newspaper column endorsing his candidacy. They had been friends for more than 20 years, but BHL turned down the request. He claimed he was genetically leftist, and the leftists are his family, saying he cannot change his family as though he were changing his shirt. BHL is considered the most notable “philosopher in action” representing French intellectuals.

BHL is also known to be “gauche caviar,” French left-wing figures who advocate socialist values while having caviar and enjoying a luxurious lifestyle. The term was first used in the early 1980s in an article titled “Money-Driven Leftists,” in a French weekly magazine. In front of a splendid chateau, a couple in fancy clothing posed in front of a Rolls-Royce, shouting socialist slogans.

Why are they called “gauche caviar?” If you want to eat caviar at a fine restaurant near L’eglise de la Madeleine in Paris, you would have to pay between 79 to 1,262 euros depending on the variety. The delicacy usually comes in a very small portion. French writer Francoise Sagan, who wrote “Bonjour Tristesse” (“Hello Sadness”) was also labeled gauche caviar when she said, “’Money may not buy happiness, but I’d rather cry in a Jaguar than on a bus.”

Former International Monetary Fund Managing Director Dominique Strauss-Kahn, who was recently arrested on a sexual assault charge, is considered “ultra caviar.” He comes from a wealthy family, and until a few days ago, he was a jetsetter. But he was getting ready to run as a socialist candidate for president. Having committed a shameful crime, his status has fallen. His collapse reflects the identity crisis of the leftists.

Similarly, there are many “Gangnam leftists” in Korea and “limousine liberals” in the United States. The champagne socialists in the United Kingdom and the Salonsozialist in Germany also enjoy posh lifestyles while advocating socialist values. Their hearts may be on the left but they just cannot give up luxury.

These days, the color of ideology is fading. In France, a new group called the “hamburger right wing” has emerged. And in Korea, we may soon see “makgeolli conservatives.”