Guests enjoy a plate of Korean appetizers at Seoul’s 10 Soul party on May 20 in Singapore.


SINGAPORE - Korea and Singapore were once dubbed two of the four Asian tigers for their economic potential. With sleek skyscrapers, high-tech industries and handsome economic growth rates, they have lived up to their nicknames in a relatively short period of time. And these two tigers have now trained their sights on the global fashion industry - launching new initiatives to ensure that their designers get the kind of exposure that translates into international success.

The most recent of these is the Asia Fashion Exchange.

Marking its second year, the trade show kicked off in Singapore on May 11 and ran through May 22, with four main events including the Audi Fashion Festival, the Asia Fashion Summit, the Star Creation talent search and Blueprint, a showcase for the cruise collections of rising young Asian designers.

This year’s event was the biggest yet.

To distinguish itself from established fashion shows in European cities such as Milan and Paris, AFX focuses on cruise wear collections. And by focusing on one fashion category, the event has begun to carve out a place for itself in a niche market.

According to Ong, 200 buyers from Asian and European countries flocked to Singapore this year for a glimpse of the latest cruise collections from 140 designers.

Cruise collections are presented between the spring-summer and fall-winter fashion season.

“This year, we’re more focused on cruise collections, because the clothes are practical in Asian countries,” said Ong, “and it’s a collection that is easy to wear.”

This year’s AFX event featured more Korean designers than ever before.

“The Korean presence is huge,” Ong said, referring to the group of Korean designers who were part of Blueprint this year. 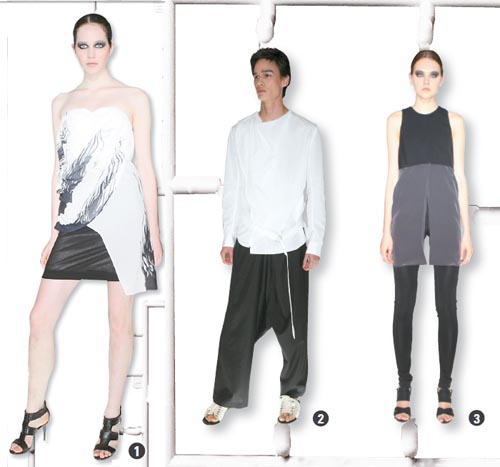 
The 10 designers are part of Seoul’s 10 Soul, a city-led fashion project that is making its first AFX appearance this year.

Seoul’s 10 Soul was launched to promote Korean designers who are not yet recognized in the global fashion industry. With the city government’s support, they participate in fashion shows overseas, including the Tranoi shows in Paris this year.

“The designers are eligible to participate in many different shows overseas throughout the year, and their work is evaluated by local fashion experts including buyers and the media,” said Jung Ae-ri, a manager of the Seoul Metropolitan Government’s fashion team. “The designer with the highest scores receives support from the city to present two collections in Paris and open his or her own showroom.”

Korea has been trying to boost its presence in the global fashion scene and in recent years has launched a handful of promotional overseas campaigns sponsored by the Ministry of Culture, Sports and Tourism and Ministry of Knowledge Economy, in addition to Seoul’s 10 Soul.

But these efforts have often been the target of criticism from the Korean fashion industry because most of the events are redundant one-off events and the same designers tend to be selected. 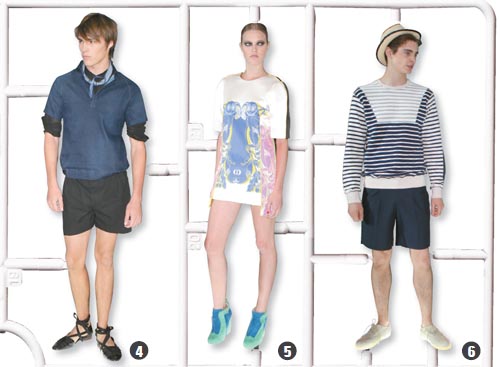 
For example, the design team of Steve Jung and Yoni Pai, whose brand is Steve J & Yoni P, was one of the designers chosen to represent the Korean fashion industry at Concept Korea in New York, organized by the Culture Ministry. The brand was also chosen to participate in Seoul’s 10 Soul.

In its defense, the Seoul government says that the events are different and that Seoul’s 10 Soul is not a one-time event but a long-term project that will continue for 20 years.

“The three events might look the same but their purposes are different,” Jung said. The Culture Ministry’s Concept Korea is a mixture of culture and fashion while the Knowledge Economy Ministry’s Global Fashion Brand Project is more focused on promoting Korean labels in Southeast Asian nations, she added.

“Seoul’s 10 Soul is more business-focused, meaning we choose designers who are already successful in Korea,” she said.

When asked why the same designers are chosen repeatedly, Jung said part of the problem is that the pool of designers is small.

“I’ve been doing the Seoul Fashion Week for the past 10 years and there is a limited number of Korean designers,” she said.

Song Jae-young, a PR official at Bridge Company, which promotes the city project, adds that it’s hard for individual designers to attract attention on the global stage no matter the quality or design of their collections.

“But when industry representatives realize these designers are backed by the city of Seoul, it’s easier for them to attract attention,” Song said.

And AFX has proven successful for the Korean designers. According to Ong, the AFX representative, 30 labels, including Korean ones, had confirmed that they have had official orders from various buyers and another 40 have made verbal agreements with buyers.

Seoul’s 10 Soul designers’ cruise collections were featured at the last official AFX event, a trunk show for which each designer created three cruise-inspired garments. The event was held May 20 at Ion Sky, a skyscraper that overlooks Singapore’s dazzling skyline.

The collection by Ko Tae-yong, whose brand is beyond closet, used nautical stripes and denim to create comfortable go-to styles accented with burgundy and dark navy. 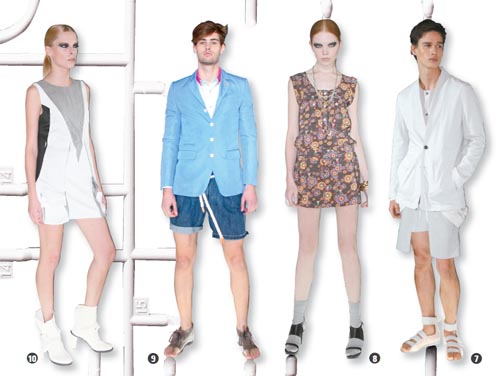 
Kim Sun-ho, whose brand is groundwave, featured warrior-inspired designs in neutral colors such as white, gray and oatmeal.

“Yoni draws all these patterns herself and that’s what people take an interest in about our clothes,” said Jung. When asked how he feels about Blueprint, “I think this is a place where Asian designers can mingle together,” the London-educated designer said.

Kim Jae-hyun, with her brand Jardin de Chouette, which is popular with Korean female celebrities, creates elegant silhouettes with silk and jersey dresses in bold colors of neon yellow and pink.

“[AFX] is not as big as other similar events, but the people have passion and they are trying very hard,” said Lee, whose trademark is his black horn-rimmed glasses.

“I always aim high and want to expand to overseas markets. I’ve signed new deals with buyers here at AFX. This is very meaningful.”

Another buyer from Belgium said fashion from Asia is becoming more important to the European market.

Overall, AFX has proven a good opportunity for Koreans to showcase their designs.

“Our goal is to expand the market,” said Daniel Shin, an official at Doii Paris, which has a huge fan base in Middle Eastern countries.

Raoul, one of the most successful fashion labels in Singapore, held a fashion show featuring its fall-winter collection.

The brand, led by husband and wife designers Douglas and Odile Benjamin, showcased its minimal office wear, patterned after styles from the early ’60s and ’70s. The collection featured knee-length skirts and long-sleeved chiffon blouses in monochrome colors, often accented with orange, wine and purple.

Max Tan, who is often dubbed the Alexander McQueen of Singapore, presented quirky and bold cuts based on Gothic concepts.