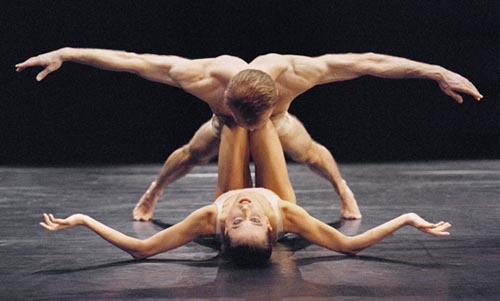 Today: The first and only recipient not to share the Polar Music Prize with a co-recipient in 2003, American jazz pianist and composer Keith Jarrett returns to Korea just eight months after he performed here with a trio last year.

Jarrett, widely recognized as an improvisation genius, has played solo concerts around the globe, one of which, “The Koln Concert” in 1975, became the best selling piano recording in history.

Today: In remembrance of the 100th anniversary of Gustav Mahler’s death, the Chamber Music Society of Kumho Art Hall will hold a concert dedicated to the Austrian-Bohemian composer.

The program features works by Mahler such as Piano Quartet in A minor and “Songs of a Wayfarer” along with works by other composers, including Alban Berg’s Adagio and Dmitri Shostakovich’s Piano Trio No. 1 in C minor, Op. 8.

Sunday: Leading South American guitarist Eduardo Fernandez will be performing in Korea. Fernandez has been recognized all over the world including in the U.S., England, Mexico and Asia. The concert program includes Fernando Sor’s “Fantasia No. 7, Op. 30,” Abel Carlevaro’s “Preludios Americanos,” Gentil Montana’s “4 Pieces” and J.K. Mertz’s “4 Pieces from Bardenklange.”

Suzuki is the founder and musical director of the Bach Collegium Japan and one of the most respected Bach maestros.

Since its inception in 2005, BSS has been inspired by Suzuki’s musical insights and their fruitful collaboration over the past 5 years is finally blossoming into this, their first concert.

June 9: Toro Y Moi is the stage name used by American recording artist Chazwick Bundick. The music is often characterized as chillwave, the synth-heavy sampled sounds that floated onto the music scene in the summer of 2009, but also borrows from hip-hop, alternative and other genres. The band has already received high praise for its first two albums, 2010’s “Causers of This” and the recent “Underneath the Pine.”

June 9: American songwriter Ben Folds, the former frontman of the alternative rock band Ben Folds Five, comes to Korea to promote his latest album “Lonely Avenue,” which was made in collaboration with English author Nick Hornby.

For the album, Folds made the music to go with Hornby’s words. “Levi Johnston’s Blues” - which includes the lyrics “I’m a f****n’ redneck, I live to hang out with the boys, play some hockey, do some fishing, kill some moose .?.?.” - is worth the ticket price alone perhaps.

As of 2008, Folds had released six solo LPs. As a solo artist, he has also contributed to many film soundtracks, including the 2006 animated comedy “Over the Hedge.”

Paik graduated from the Julliard School and is laureate of the Naumbrg and Busoni International Piano competition. He is the artistic director of the Emerald Coast Music Festival in Dinard (France) and the first Korean artist to be officially invited to perform in China,

To June 12: Seoul Players hosts this musical fundraiser featuring songs from “Rent,” “Wicked,” “Into the Woods” and other Broadway favorites. Half of the proceeds from each night will benefit a different charity, including Habitat for Humanity, The House of Sharing and Doctors Without Borders (Japan Relief).


UNIVERSAL BALLET COMPANY: THIS IS MODERN 2

Hue’s “This Is Your Life,” depicts the stories of several true-to-life individuals, including a wife who ignores her husband’s cheating, an unhappy business man, a hairstylist who makes all the ladies happy, and a woman who loves her handsome boyfriend, as does every other woman in town.

The concert includes concertos for the haegeum (two-string fiddle) and gayageum (zither), with the accompaniment of the National Orchestra of Korea.