Why our presidents should hit the links

Why our presidents should hit the links 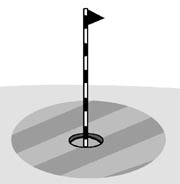 We are familiar with American presidents playing golf. President Barack Obama once praised golf as “four hours of freedom.” The sport may give him time to relax and think. Obama asked John Boehner, the speaker of the House, for a round of golf on June 18. They may be political rivals, but the four hours of golf will give them time to understand one another’s viewpoints.

In Korea, golf has had a tumultuous history. During the authoritarian regimes, golf was considered a luxurious sport for the rich, and the military presidents’ fondness for golf appalled the average citizen.

President Park Chung Hee was known for his love of betting on golf, and he would play golf with lawmakers, government officials and businessmen to get information and use it in politics. In the winter of 1972, Park played a round of golf with Park Jong-gyu, chief of the Presidential Security Service, and a president of a newspaper company at the New Korea Country Club in Goyang, Gyeonggi. After the round, they had drinks at the clubhouse. The newspaper company president told the Korean president that there was talk of Park’s resignation and his choice of successor. Park’s face hardened. The tip set off a scandal in which Yun Pil-yong, then the Capital Defense commander, and the officers who followed him were punished for conspiring to launch a coup.

President Chun Doo Hwan and Roh Tae-woo were golf fanatics who often arranged golf meetings with heads of state when making visits abroad. Also, golf bags were known as the preferred tool for bribery as one bag can hold up to 200 million won in cash.

Golf resembles the course of life. Someday, I hope we will again see the president of Korea playing golf with an opposition leader and discussing state affairs.