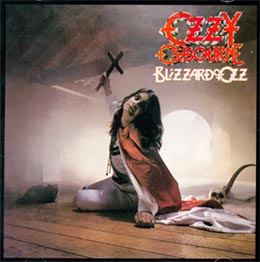 Thirty years after its release, Ozzy Osbourne’s debut album “Blizzard of Ozz” has finally been digitally re-mastered and re-released with the original tracks by the original band members.

The album was re-mastered in 2002, but heavy metal fans were disappointed because the original bass and drum tracks by the original members - bassist Bob Daisley and drummer Lee Kerslake - had been replaced with new recordings by Rob Trujillo and Mike Bordin.

The new “Blizzard of Ozz” album has restored the original bass and drum tracks for classic renditions of songs like “Crazy Train,” “Mr. Crowley” and “Suicide Solution.”

The 30th anniversary edition also includes three bonus tracks: “You Looking at Me, Looking at You,” a previously unreleased B-side, and a 2010 remix of the hit ballad “Goodbye to Romance.” The last bonus track “RR,” is a 1:13-long guitar solo by Rhoads.