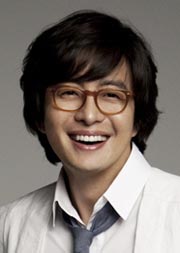 The Suwon District Court rejected Bae’s case, filed against a regional tax office head in order to annul about 2.1 billion won ($2 million) out of a total 2.3 billion won in income tax imposed for his 2005 earnings.

Bae declared an annual net income of 6.9 billion won for 2005 after deducting 7.4 billion won as a necessary expenditure out of his total earnings of 23.8 billion won. But the court acknowledged only 240 million won as proven spending, levying a hefty income tax.

“It’s hard to recognize the 7.4 billion won spending deduction as a necessary expenditure given his income and amount of expenditures,” Judge Kim Gyeong-ran of the court said, adding that production firms and advertisers covered most costs declared as commercial and drama production spending.

The court noted Bae failed to prove his spending, in which burden of proof falls on the income declarer.