Much ado about secret inquiries

Much ado about secret inquiries 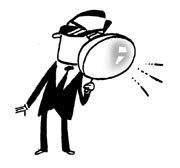 G-Man, short for government man, is slang for U.S. Federal Bureau of Investigation agents. They got the name in the 1930s, when organized crime bosses like Al Capone wielded wide-reaching power and corruption among police was rampant. The FBI, under the leadership of J. Edgar Hoover, became more sophisticated after the case of bank robber John Dillinger and began to launch major operations against organized crime. The G-Men were hard to threaten or be bought off and thus gained a positive reputation. To this day, the FBI is still known as a symbol of strict law enforcement.

The true power of the FBI comes from secret inquiry. In 1924, when he was just 29, Hoover became the director of the FBI’s predecessor, the Bureau of Investigation, and remained in office for 48 years until his death. Hoover served eight presidents, from Calvin Coolidge to Richard Nixon, but none of them had full authority over him. He actually maintained files on presidents and other politicians. And even President Nixon confessed he was afraid of Hoover.

Korea also conducted secret inquiries just as the FBI did. In 1972, the Interior Ministry ordered the creation of an FBI-like organization called the Special Investigation Team. The team carried out Blue House orders from its headquarters in Sajik-dong, central Seoul, and earned the nickname “Sajik-dong Team.”

They mainly collected information on politicians and high-ranking government officials, and their findings were presented to the president through the secretary of legal affairs. But the team was disbanded in October 2000 after it was revealed that the team was involved in illegal eavesdropping and accepting contract investigations. It certainly was no FBI.

In many investigations, the secret inquiry comes before the official investigation and is used to gather information regarding criminal allegations. The agents look for clues by speaking with contacts, studying newspapers and broadcasts and receiving anonymous tips. Some of their activities, such as secret photography and obtaining financial records, often cross the line between what’s legal and not.

Prosecutors and the police are now in a struggle for the authority to begin and conclude secret inquiries, with the police’s exclusive right to conduct secret inquiries countered by the prosecutors’ jurisdiction. It’s time we watch this battle over investigative authority a little more closely.