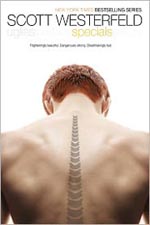 “Special Circumstances”: The words have sent chills down Tally’s spine since her days as a repellent, rebellious ugly. Back then Specials were a sinister rumor - frighteningly beautiful, dangerously strong, breathtakingly fast. Ordinary pretties might live their whole lives without meeting a Special. But Tally’s never been ordinary. Now, in the third book in the series, Tally’s been turned into a Special: a superamped fighting machine, engineered to keep the uglies down and the pretties stupid. But one tiny corner of her heart still remembers something more. It all comes down to one last choice: listen to that tiny, faint heartbeat, or carry out the mission she’s programmed to complete. Either way, Tally’s world will never be the same. -From the publisher 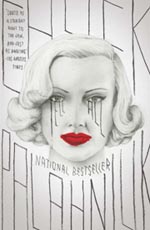 For decades Hazie Coogan has tended to the outsized needs of Katherine “Miss Kathie” Kenton, veteran of multiple marriages, career comebacks and cosmetic surgeries. But danger arrives with gentleman caller Webster Carlton Westward III, who worms his way into Miss Kathie’s heart-and boudoir. Soon, Hazie discovers that this bounder has already written a celebrity memoir foretelling Miss Kathie’s death in an upcoming musical extravaganza. As the body count mounts, Hazie must execute a plan to save Katherine Kenton for her fans and for posterity. -From the publisher 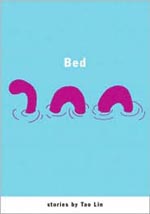 In this collection of award-winning stories, Lin’s tales depict young people in a surreal place between irresponsible youth and workaday adulthood, wanting to reject both cultures in order to craft something different. But such rebellion is harder than ever in a culture dominated by outrageousness, and Lin sensitively portrays the struggle in a way that is highly entertaining, impressively smart, and ultimately moving. It will leave some cheering the war against a dumbed-down culture, others laughing at the tactics, and all concerned feeling like they’ve got a new champion in Tao Lin. -From the publisher


Heart of the Matter 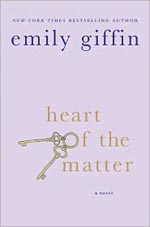 Tessa is the mother of two children and the wife of a renowned pediatric surgeon. Valerie is an attorney and single mother to six-year-old Charlie, who has never known his father. Although both women live in the same suburb, the two have relatively little in common aside from a fierce love for their children. But one night, a tragic accident causes their lives to converge in ways no one could have imagined. This is the moving, luminous story of good people caught in untenable circumstances. Each being tested in ways they never thought possible. And each ultimately discovering what truly matters most. -From the publisher


The Other Wes Moore: One Name, Two Fates 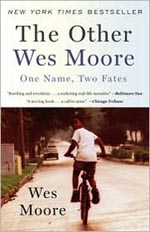 Two kids named Wes Moore were born blocks apart within a year of each other. Both grew up fatherless in similar Baltimore neighborhoods and had difficult childhoods; both hung out on street corners with their crews; both ran into trouble with the police. How, then, did one grow up to be a Rhodes Scholar, decorated veteran, White House Fellow and business leader, while the other ended up a convicted murderer serving a life sentence? Wes Moore sets out to answer this profound question. In alternating narratives that take readers from heart-wrenching losses to moments of surprising redemption, “The Other Wes Moore” tells the story of a generation of boys trying to find their way in a hostile world. -From the publisher