Taking a cue from Jewish traditions

Taking a cue from Jewish traditions 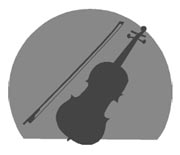 In “Fiddler on the Roof,” a Jewish musician makes frequent appearances throughout the movie. If you understand the Jewish tradition, you would see why music holds such an important position in their culture. The Jewish prayer service is made up of chanting, and music itself is a sacred religious ritual. The Levites, one of the Twelve Tribes of Israel in the Old Testament, was in charge of music. A hazzan, a lead cantor in Jewish prayer services, completes years of specialized training in music. Marc Chagall, a Russian painter with Jewish heritage, often drew a fiddler in his paintings.

With their musical traditions and their innate diligence, Jewish musicians have received international acclaim. They include conductor Daniel Barenboim, violinists Yehudi Menuhin, Isaac Stern, Itzhak Perlman and cellist Mischa Maisky. Russian musicians have won the most number of prizes in the International Tchaikovsky Competition, which is held every four years in Moscow, and many of them are Jewish. Among the 25 winners between 1948 and 1952, 14 of them were Jews.

Behind their success is their focus on education. In the 1950s and 1960s, the Jewish mother was synonymous with her passion for education and for their children’s success. Anthropologist Margaret Mead interviewed 128 Jews and came up with the stereotype in her book, “The Jewish Mother.” A Jewish mother is “intensely loving but controlling to the point of smothering, and engendering guilt in her children through the suffering she professed to undertake for their sakes.” It doesn’t sound much different from Korean mothers today.

But passion for education was not the only element that made so many Jewish musicians so successful. They also supported and helped one another. Violinist Isaac Stern has been especially active in searching and promoting young, talented Jewish musicians. One of his most notable discoveries was Pinchas Zukerman, a violin virtuoso known for his splendid techniques. Whenever Israel is at war, Stern holds a benefit concert to support the country.

Our young musicians recently won prizes at the Tchaikovsky competition. Koreans are also known for their passion for education, but we still need to see if Koreans can break into the classical music scene. Our musicians have yet to create a support network for each other, unlike the great Jewish tradition of helping and supporting one another to attain greater success together.