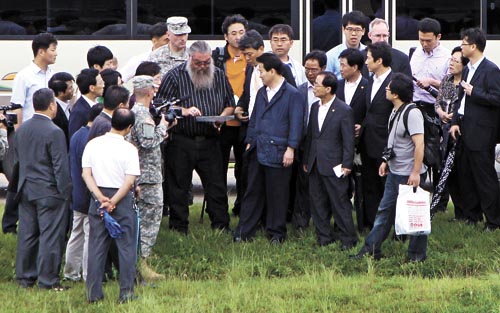 Former U.S. veteran Steve House tries to find the exact location where he remembered Agent Orange defoliants buried on Camp Carroll when he visited the U.S. base in Chilgok, North Gyeongsang, yesterday. In May, House broke his long-time silence and told U.S. media that the U.S. Forces Korea buried drums of the defoliants at the base in 1978, prompting a joint investigation of the camp. [YONHAP]