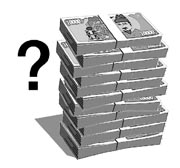 Insurance fraud is a favorite subject of crime films such as “Double Indemnity,” Billy Wilder’s 1944 classic, and this year’s “Suspicious Customers” starring Ryu Seung-beom. But reality is often more dramatic than the movies.

A real incident involved the member of a gang, who seduced a 26-year-old woman online and got married to her. After buying three insurance policies for her, listing himself as the beneficiary, he took her on a driving lesson and then drowned her in a river. The police concluded her death was an accident resulting from a mistake at the wheel. The incident took place in Naju, South Jeolla, in June 2007. Four years later, the offender was caught after a detective stubbornly investigated the case.

These days, the hottest topic on the Internet is the “octopus murder.” In April 2010, a woman in her 20s was found dead at a motel in Incheon. Her boyfriend testified that she had passed out while eating octopus, and the case was handled as an accidental death. After an investigation that lasted for more than a year, police and prosecutors named the boyfriend as the prime suspect in a murder-for-insurance-money scheme.

The Financial Supervisory Service in 2004 installed an insurance fraud detection system ti analyze a database of insurance contracts and accident information to automatically generate a list of suspects. Insurance companies also have similar systems. The number of suspected cases of insurance fraud increased from 26,754 in 2006 to 54,268 in 2009. However, the industry estimates only 10 percent of the cases have been prosecuted. If 90 percent of the criminals behind these cases are not caught, more people may be tempted to commit similar crimes. Meanwhile, financial authorities have considered establishing new regulations for insurance crimes.

It was recently discovered that the pilot of the Asiana cargo plane that crashed into the sea off of Jeju Island on July 28 had signed up for six insurance policies in the 20-day period beginning on June 17. The insurance payouts would have added up to 3 billion won ($2.85 million). Questions about the pilot’s motivation were raised because of the timing of the accident and the amount of insurance money involved. But would a pilot who gets paid 200 million won a year kill himself and his co-pilot by crashing a plane worth 200 billion won and leave a stain on Asiana’s 19-year no-accident streak for a measly 3 billion won? That’s hard to believe. The black box must be recovered as soon as possible to solve the mystery.