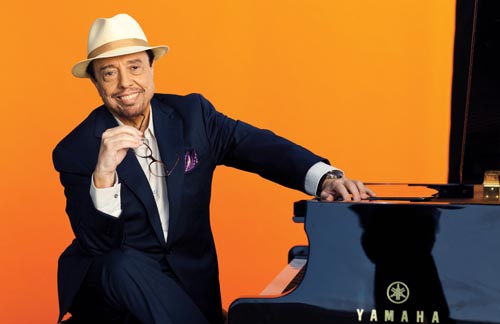 Sergio Mendes describes his 50-year career in music as a “magical journey.” Provided by Universal Music


Sergio Mendes may not be as much of a household name as Antonio Carlos Jobim, the key force behind the now widely beloved bossa nova genre. But even if you are not familiar with the sultry strains of bossa nova, songs by Mendes such as “Mais Que Nada” or “The Look of Love” will be quite recognizable, as they have been featured in countless TV commercials and films and covered by as many singers.

The latest album by the 70-year-old Brazilian musician - a two-CD set called “Celebration: A Musical Journey” - released worldwide in April, contains 38 songs compiled from the 38 albums he has released thus far and is a compilation of what he describes as a “magical journey” that began 50 years ago.

“I had to choose the songs that were very important in each period of my career - solely based on memories,” the prolific composer-pianist-singer said in a recent e-mail interview. “The songs were not only supposed to be important to us, but also loved by the people. That was the main criteria.”

During his two previous visits to Korea - first for a concert in 2006 to celebrate the release of his “Timeless” album and then for a gig at the Seoul Jazz Festival in 2010 - Mendes filled the stage with his energetic burst of infectious Brazilian melodies and rhythms.

“I remember playing in Korea last year and it was great,” he said. “I had a wonderful time, seeing people know my songs. I love playing in Asia a lot - the Philippines, Japan, Malaysia, Indonesia and Hong Kong.”

After having attended a local conservatory in Rio de Janeiro as a young man, Mendes - who is often called the “master of bossa nova” for mixing the genre with jazz and funk - moved to the United States in 1964. Just two years later, he released the legendary album “Herb Alpert Presents Sergio Mendes and Brasil ’66,” on which he performed with vocalists Lani Hall and Janis Hansen. The album went platinum.

His Grammy-winning album “Brasileiro” (1992) made him the undisputed master of pop-inflected Brazilian jazz. With “Timeless” (2006) - on which he collaborated with an array of popular guest artists ranging from will.i.am of the Black Eyed Peas to Erykah Badu, Justin Timberlake and India Arie - he succeeded in winning the attention of a new generation of pop-music listeners.


Q. What has music meant to you through the years? 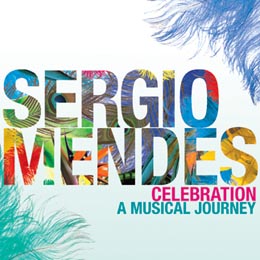 A. Number one, it is what I love to do and what I feel good doing. I love performing, producing and writing songs - the whole thing for me is my life. Also, I get to meet people all over the world, which is another wonderful thing. I’ve gotten to go to Korea, Hong Kong, the Philippines.

You have done a number of collaborations with international artists such as Santana and the Black Eyed Peas. Which collaborators have impressed you most?

I recently worked with will.i.am from the Black Eyed Peas and it was wonderful expression for me and for them too. He told me he is a big fan of my music, he grew up listening to Brasil ’66 and Sergio Mendes records when he was in Los Angeles. So it was such a natural thing for the two of us to work together. I love the fresh energy that he brought into my music.

What has been the biggest inspiration for your music?

Brazil, my country. The rhythms I grew up with, the songs I grew up with, so you know it’s my blood. Of course there are other musicians and great singers like Frank Sinatra, Nat King Cole and Tony Bennett, but I want to say that Brazilian rhythm and melody are my main influences.

What does this album mean to your musical career?

It’s a very important record for me because I hadn’t made a record for more than 10 years. When I met will.i.am, he asked me to play on his record - a Black Eyed Peas record called “Elephunk” [2003] - and I enjoyed working with him and asked him if he wanted to collaborate on my album.

That’s how “Timeless” started, and then, you know, we brought in other guests and friends of his who were also big fans of mine. It was an amazing experience for me to work with such young talents.

Which album and performance has been the most memorable for you?

For me, each album is part of my life, representing different periods of my life, so all of them are equally important to me. People ask me if I have a favorite album, but I absolutely like all of them.

Regarding performances, there are so many memorable performances all over the world - Europe and Asia.

In previous interviews you’ve characterized yourself as an interpreter. What did you mean by that?

I meant that I am a person who interprets music. I am also a songwriter, but that’s no my main thing. Mainly I am an arranger and performer. The songs I do the most come from different people; different people wrote the songs, I didn’t. That’s what I meant by “interpreter.”

Did you know that Korean DJs enjoy playing remixes of your songs at clubs?

I think that’s great. They understand the dance floor - that’s their language so they get good songs and they make them into danceable things.

You made your debut at 20 and are now 70-years-old. What would you say has changed the most through the years?

People ask me this question a lot. I think the world has changed. Since World War II, many things have changed. And now the climate is changing, beautiful things are happening in art and music. It’s interesting to see that every art form is still fresh and new.