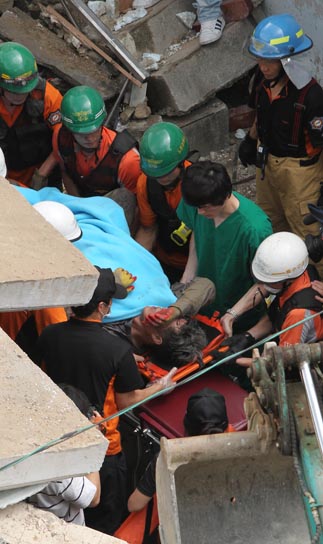 Rescuers carry a survivor surnamed Park, 48, from a building that collapsed in Chang-dong, northern Seoul yesterday. According to the Dobong District Office, a two-story house collapsed at 8:50 a.m. during remodeling work, burying four people. Among the four, one was found dead at 2:30 p.m., and the rest were rescued and sent to a nearby hospital. By Kim Do-hoon