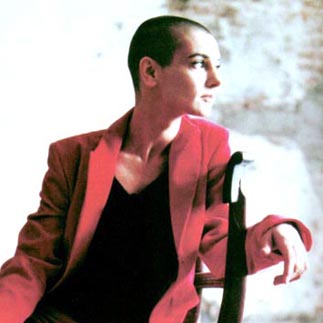 LOS ANGELES - Irish singer Sinead O’Connor, well known for creating controversy and raising eyebrows, has revealed her sexual frustration in a series of blog and Twitter posts, much to the amusement of her followers.

Writing on her own blog, the 44-year-old O’Connor discloses her desire for intimacy in an explicit manner, often referring to fantasies about Irish politicians, U2 musician Adam Clayton and actor Robert Downey, Jr.

“I am in the peak of my sexual prime and way too lovely to be living like a nun. And it’s VERY depressing,” wrote O’Connor in a blog posted earlier this month.

She has also been sending out messages of a more sexually explicit nature on Twitter, requesting male attention and asking for interested applicants to e-mail her.

The singer, who achieved worldwide success with her 1990 cover of Prince’s song “Nothing Compares 2 U,” has previously spoken of her romantic relationships with men and women. O’Connor outed herself as a lesbian in an interview with Curve magazine in 2000, but later retracted the statement, and in 2005 told Entertainment Weekly, “I’m three-quarters heterosexual, a quarter gay. I lean a bit more toward the hairy blokes.”