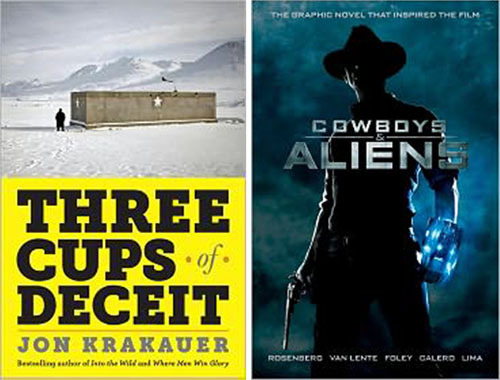 Greg Mortenson, the bestselling author of “Three Cups of Tea,” is a man who has built a global reputation as a selfless humanitarian and children’s crusader, and he’s been nominated for the Nobel Peace Prize. But, as Jon Krakauer demonstrates in this extensively researched and penetrating book, he is not all that he appears to be.

Based on wide-ranging interviews with former employees, board members and others who have intimate knowledge of Mortenson and his charity, the Central Asia Institute, “Three Cups of Deceit” uncovers multiple layers of deception behind Mortenson’s public image. This book is a passionately argued plea for the truth, and a tragic tale of good intentions gone very wrong.

1873. Arizona. An era when all a man could count on was his horse and six-gun, and Indians fought a losing battle with European settlers. Until somebody else entered the fight-an invader who saw humans as slaves and was determined to conquer our world.


Sex at Dawn: How We Mate, Why We Stray, and What It Means for Modern Relationships 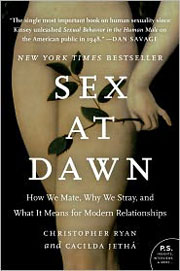 In this controversial, thought-provoking book, renegade thinkers Christopher Ryan and Cacilda Jetha debunk almost everything we “know” about sex, weaving together convergent, frequently overlooked evidence from anthropology, archaeology, primatology, anatomy and psychosexuality to show how far from human nature monogamy really is. The authors expose the ancient roots of human sexuality while pointing toward a more optimistic future illuminated by our innate capacities for love, cooperation, and generosity.


Dinner with a Perfect Stranger: An Invitation Worth Considering 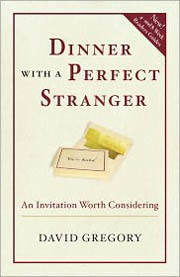 You are Invited to a Dinner with Jesus of Nazareth.

The mysterious envelope arrives on Nick Cominsky’s desk and he can’t pass up the opportunity to see what happens.

The normally confident, cynical Nick soon finds himself thrown off-balance, drawn into an intriguing conversation with a baffling man who comfortably discusses everything from world religions to the existence of heaven and hell. And this man who calls himself Jesus also seems to know a disturbing amount about Nick’s personal life.


A Day with a Perfect Stranger 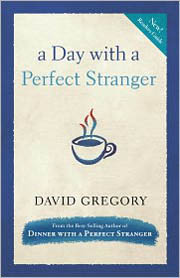 What if a stranger knew you better than you know yourself?

Exasperated by her husband’s sudden new obsession with Jesus, Mattie Cominsky views an out-of-town business trip as a welcome opportunity to reflect on their marriage - and to decide if it’s time to put an end to this painfully unrewarding relationship.

Aboard the plane, Mattie is relieved to find herself seated next to a passenger who shares her scorn for religion. After she confides her husband’s unexpected turn, their conversation soon leads to a fascinating exploration of spirituality, God and the quest for meaningful connection. 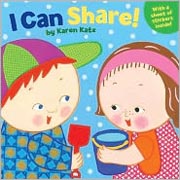 You can’t have my bike! But maybe I’ll let you take it for a ride! Learning to share is one of the harder social rules for little ones to follow, but with this sweet book, it will be a little easier. This 8x8 book has sturdy pages for little hands! It also includes a sheet of stickers.