Don’t be a copycat, be an ‘imovator’

Don’t be a copycat, be an ‘imovator’ 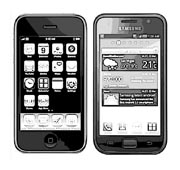 There are a few theories about the origin of the word “copycat.” In 16th century England, a despicable person was referred to as a cat. Later, “copy” was added to describe a person who imitates the behavior or appearance of another. An additional interpretation is that a kitten mimics the hunting habits of the mother cat to learn survival tactics.

The word copycat first appeared in the 19th century, and it is now used in phrases like “copycat crime” or “copycat suicide.” The general public became familiar with the phrase copycat crime after the release of the Hollywood thriller “Copycat” in 1995. In the film, renowned criminal psychologist Dr. Helen Hudson, an expert on serial killers, chases a copycat killer while struggling with agoraphobia.

These days, the word copycat is often used to refer to products that replicate the trends and features of products that are popular.

Jobs’ comments may have prompted Samsung to pull its newest tablet model, the Galaxy Tab 7.7, from the IFA Berlin International Consumer Electronics Trade Fair right before the opening of the event earlier this month.

Apple had been claiming that Samsung copied its design for the iPad, and a German court upheld a ban on the sale and marketing of the Galaxy Tab based on these claims. Apple and Samsung are now at odds over the design of their tablets and smartphones.

Nevertheless, Professor Oded Shenkar of Ohio State University argues that imitation is not necessarily a bad management strategy. In his book, “Copycats: How Smart Companies Use Imitation to Gain a Strategic Edge,” Shenkar claims that even Jobs copied the graphic user interface and mouse he had seen at Xerox’s Palo Alto Research Center to create the Apple Lisa, a predecessor to the Macintosh, in the early 1980s. Shenkar says that imitation is as important to development as innovation and advises businesses to become “imovators.”

It is difficult to draw a line between a copycat and an “imovator.” And as Pablo Picasso once said: “Good artists copy; great artists steal.”

Instead of simply copying a competitor’s product, one needs to understand and interpret the merits of the product and add original, creative ideas to make something even better.

*The writer is a staff writer of the JoongAng Sunday.