Rate colleges with your own criteria

Rate colleges with your own criteria 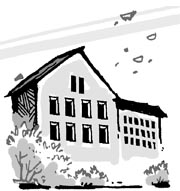 In what has become an autumn ritual, colleges and universities in the United States wait every September for publication of U.S. News and World Report’s “America’s Best Colleges” report. College officials are naturally sensitive about the report, but of course, some schools remain indifferent to their place on the list. The Ivy League schools are known for their nonchalant response, and Reed College, from which Apple founder Steve Jobs dropped out, is also known for disregarding its ranking.

When the report was first published in 1983, it was listed among the top 10 liberal arts colleges, but it remained at 54th place last year. Because the ranking methodology did not take individual characteristics into account, the school refused to send data.

It is still a top class liberal arts college, but its place in the report tends to confuse prospective students.

Forbes magazine’s 2010 college ranking report came as a surprise to many foreigners. First place went to Williams College, not Harvard or Princeton. Harvard barely made the top 10, placing eighth. Forbes’ methodology excluded the research projects of professors, which do not affect students directly, and so the report was quite different from others.

Washington Monthly published its college ranking report last month, and the University of California, San Diego, topped the list. The rankings were based on three categories: social mobility, research and service. The schools that educate low-income students and encourage students to give back to the country got high marks.

Meanwhile, Princeton Review, a test preparation and admissions consulting service, often publishes interesting rankings. According to its report, Harvey Mudd College is the school whose students study the most while the University of North Dakota is the school whose students study the least. Ohio University is the top party school, while Brigham Young University, a private university in Utah owned by the Church of Jesus Christ of Latter-day Saints, was chosen as the most stone-cold sober school.

A college’s ranking does not always coincide with career success of its graduates. Depending on the categories and methodologies, the rankings of the colleges and universities vary drastically.

Nevertheless, Koreans respond sensitively to how the top three Korean universities place in global university rankings. We are more familiar with vertical listings than horizontal comparisons.

University rankings are no more than a reference for prospective applicants. If you are in need of financial aid, you should evaluate the list based on scholarships and a school’s status.

You should rank the colleges you are considering based on your own criteria, taking the future into account. This way, unqualified colleges will be weeded out and shut down.