A marriage of K-pop, asset management

A marriage of K-pop, asset management 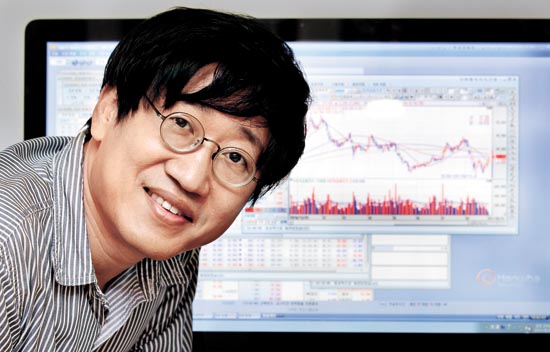 Kim Kwang-jin, an investment analyst and beloved singer-songwriter, poses at his office. By Byun Sun-goo


Some people are not content to walk just one path during their lives, but need to branch out onto several. Kim Kwang-jin, an investment analyst and beloved singer-songwriter, is a prime example.

His story begins like any other. After receiving his MBA at the University of Michigan, Kim became an investment analyst in 1989 and worked at companies such as Hana Economic Research Institute, Samsung Securities and Dongbu Asset Management.

In the last company, Kim was recognized as a star analyst, managing a fund that earned a whopping 48.92 percent in returns in the first half of 2007, setting a record as the most profitable fund at the time.

However, the public knows him better as half of the celebrated pop group The Classic, formed in 1994 and releasing long-lasting hit singles such as “Magic Castle” and “Letter,” whose soaring melodies and evocative lyrics still remain in the Korean consciousness. 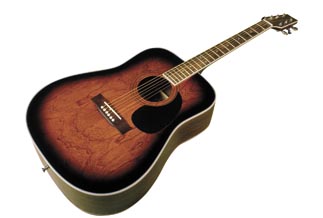 Now, the 47-year-old is setting down yet another path. He left Dongbu Asset Management two months ago to establish his own investment consulting firm.

In his office in Seoul, among cluttered computer monitors that track the rapid movement of the stock market as well as instruments such as a piano and a guitar, Kim gave his take on the state of asset management in Korea among.

“Rather than each [asset management] company following their own investment philosophy, all companies are obsessed with short-term return rates,” he said. “This leads capital to converge on one side and increase the volatility of the market. How can a company invest well and foster talent when transaction fees are being progressively undercut, and asset companies are trying to eliminate performance bonuses?”

As an example, Kim evoked Korean pop groups, whom he once tweeted as “possessing the competitiveness to succeed around the world.”

“When I watch [Korean] idol groups dance, I think they are the best in the world, but even idol groups cannot tap into their competitive edge if their [creative] contents are not protected,” he said. “It’s the same with asset management companies. If you do not recognize the investment know-how [of your employees], and only focus on undercutting management funds, they will have a hard time evolving.”

As for what he wants to achieve with his own investment firm, Kim said he wants to share the wealth. “When I was getting my MBA in the U.S. back in 1986, Korean companies did not feature in the lectures at all. But look at us now - we’ve progressed beyond the wildest expectations that existed back then.

“It’s a given that when corporations grow, the fruits of their growth are distributed in the stock market. However, right now the fruits are only being concentrated on those that have a lot of capital, in a rather polarizing effect.

“I want my efforts to go toward creating an environment where many people will participate in the stock market and share the fruits of economic progress in the long-term.”

Although many of his former colleagues are having a hard time due to the recent market turmoil, Kim said he has his music to help him find balance. “I chase away all feelings of depression through music, and try to look at the situation positively when I decide on investments.”

With Kim’s past hit songs becoming crowd-pleasers in the bevy of singing-competition shows that are dominating the local airwaves, his music is again getting attention.

He is currently writing music for Korean pop groups and plans to release an album at the end of this year.