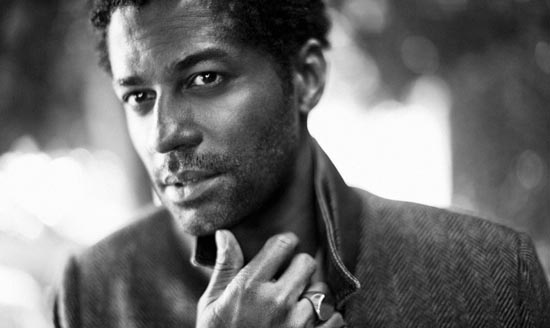 American R&B singer Eric Benet is scheduled to perform on Sept. 22 at AX-Korea in northeastern Seoul. See MUSIC, below. Provided by Private Curve

Saturday: This concert is packed with a veritable who’s who of indie bands: YB Band, Jang Ki-ha and The Faces, Crying Nut, Kingston Rudieska, Galaxy Express and Mongoose. Aspiring musicians may apply to participate through the Next Indie Star program, which has a top award of 3 million won and a spot at this year’s concert.

Saturday-Sunday: New Age pianist and composer Yuhki Kuramoto brings his romanticism to Korea. Kuramoto’s music is influenced by Rachmaninoff, Chopin and Ravel as well as folk and pop. The program is drawn from his “Romancing Strings: Anthology” album released in May.

Sunday: The combination of the autumn breeze, the lake and the music will make for an unforgettable night with this group, whose outdoor concerts in 2009 were well received.

Benet was originally slated to perform here in the spring, but the concert was postponed after the earthquake and tsunami in Japan in March.

Sept. 24: Soprano Sumi Jo is celebrating the 25th anniversary of her debut with a concert that takes her outside of her usual spotlight in a grand theater. She will be joined by Steven Mercucio, an internationally renowned conductor; Joseph Calleja, a tenor often compared to Pavarotti; and Richard Yong-jae O’Neill, violist and the leader of Ensemble Ditto.

Sept. 27: Russell Sherman is a pianist, educator and author known for his imaginative and poetic sensitivity. He has performed at some of the best concert halls in the world, including Carnegie Hall, and played with leading orchestras, including the New York Philharmonic.

Sept. 29: The KBS Symphony Orchestra will be celebrating its 660th Subscription Concert. The orchestra will be playing Pierre Mercure’s “Kaleidoscope,” Dvorak’s “A Hero’s Song” and Brahm’s Piano Concerto No. 2 in B flat, Op. 83.

Praised as the world’s finest baroque oboist, Marcel Ponseele founded Il Gardellino in 1988 with his musical colleague Jan De Winne, who plays the traverso, and the group has enjoyed recognition as one of the finest baroque ensembles in Europe.

Oct. 14: Contemporary instrumental musician and composer Yanni is holding his second concert in Korea after his first in 1995. Yanni’s music became popular through events such as the Olympics and the World Figure Skating Championships, and he received a Grammy nomination for his song “Aria.” The program is drawn primarily from his latest album “Truth of Touch.”

To Oct. 9: “Rent” is a musical based on Giacomo Puccini’s opera “La Boheme.” It concerns a group of impoverished young artists and musicians as they struggle to make it in New York’s Lower East Side, in bohemian Manhattan, as they deal with issues such as HIV. The production won a Tony Award for best musical and much critical acclaim upon its premiere.

To Saturday: Polish director Tadeusz Bradecki and a Korean cast present “Woyzeck,” Georg Buchner’s play about a poor man who, in order to survive, subjects himself to a series of experiments by a doctor who sees him as a lab rat.

To Sunday: This show by U.S. playwright Joe DiPietro is a quirky take on the Genesis story. It explores the romance between Adam and Eve and attempts to show how paradise can exist only with the presence of love.

To Oct. 30: This festival returns for its fifth year with 30 productions by theaters from nine countries, including France, the Czech Republic and China. Not be missed is the National Theater of Prague’s “The Makropulos Case.” Written by Czech playwright Karel Capek, the play is directed by Robert Wilson, an avant-garde director, playwright and designer renowned for pushing the theatrical envelope. Another highlight is Comedie Francaise’s “The Imaginary Invalid,” Moliere’s satirical comedy. The festival also features many local productions, including “Mr. Rabbit and the Dragon King” (“Sugungga”), a pansori hybrid. Closing the festival is “Kim Hong-do,” a musical about the legendary Joseon Dynasty painter.